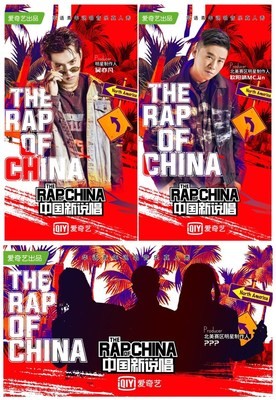 BEIJING, May 17, 2018 /PRNewswire/ -- The super-plus level internet show "The Rap of China" produced by iQiyi will start filming in North America on May 20th and 21st. Kris Wu, as officially announced as the first producer, will attend North America to join fellow producers, Migos and MC Jin. 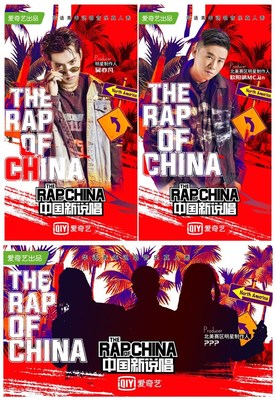 Kris Wu, with Migos and MC Jin teamed up the most powerful North American Producer league.

With its unique triplet flow and explosive stage performance, Migos, who has repeatedly led the North American singles chart, they not only won the BET Music Award in 2017, but also won two nominations at the 60th Grammy Awards for best rap songs and best rap albums, certainly making itself one of the most popular rap groups. Participating in "The Rap of China" as a producer, Migos is believed to raise the professionalism and popularity of the program.

MC Jin, known as the Chinese light, allies himself to "The Rap of China" which is a popular result. With profound rap skills and veteran resumes, MC Jin not only has extremely high popularity in overseas markets, but is also one of the most legendary rappers in the Chinese-language rap industry. With the participation of celebrity producers who have both fully reinforced strength and popularity, "The Rap of China" will certainly be injected more vigor and win more attention.

Across Asia, America and Australia, "The Rap of China" fully starts up its much-anticipated sea election.

It deserves to be mentioned that North America, as the cradle of rap music, has been regarded as a special competition area for the global sea election. It is said that the winners of this competition area will stride over the two stages which are sea election and personal promotion. Thus these winners will enjoy equal rights with domestic candidates, to directly meet the star producers and seize the quota. Meanwhile, the competition areas in Australia and Malaysia have also been fully initiated. For more details of overseas competition areas, Please follow the official Twitter (@therapofchina_) and Facebook account (@therapofchinaoffcial).

Furthermore, along with the announcement of North American competition and the joining of star producers, the program will also be conducted in five cities in China on May 18th, 19th and 20th with offline recruitment. According to the provisions of "The Rap of China," rappers who are 18 or older can participate individually or in combinations with no more than two rappers. All candidates above of the overseas zones will compete with domestic rappers for promotion quotas. Otherwise, undocumented celebrity producers will also be gradually announced.

"The Rap of China" is a super internet show tautly created by the iQiyi platform. It is not only the first serial reality show with the idea of telling true stories of rappers, but also the first youth rap music reality show. Regarding Chinese-language rap music as pioneer, "The Rap of China" is spreading Chinese culture and Chinese attitude to the world, when searching Chinese best rappers. This is the positive power with rational energy, with self-examination and responsibility. It preaches mainstream value in youth language and advocates positive power with youth characteristics.

This summer, "The Rap of China" will be broadcast on iQiyi.com. Stay exited, Stay tuned.