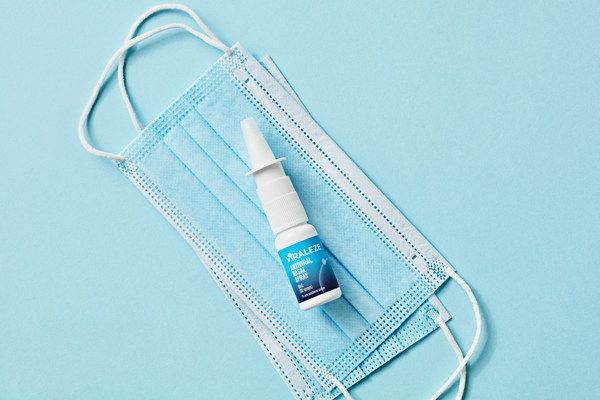 The results from the renowned Scripps Research Institute in the US confirm that SPL7013, the active ingredient in Viraleze™, is highly active against the Alpha (UK), Beta (South Africa) and Gamma (Japan/Brazil) variants of SARS-CoV-2 – which spread rapidly and increase the risk of mortality.

The results hold significant promise for Viraleze™ – developed by Melbourne-based biopharmaceutical company Starpharma (ASX: SPL) – in the fight against new and emerging variants of SARS-CoV-2, as several countries begin their long-awaited opening of international borders.

The additional testing by the Scripps Institute showed that the Viraleze™ active, SPL7013, was virucidal within 30 seconds to 1 minute and achieved more than 99% reduction of infectious virus against the Beta and Gamma variants, and more than 99.9% within 5 minutes. For the Alpha (UK) variant, the Viraleze™ active (SPL7013) achieved >99.9% reduction in virus within 30 seconds to 1 minute.

The findings indicate comparable potency for SPL7013 against all three variants of concern compared with original strains of the virus. The Delta (India/B.1.617.2) and Kappa (India/B.1.617.1) variants are planned to be tested when virus availability permits.

Professor Philippe Gallay, who led the Scripps Institute's testing, said: "We are impressed with the rapid and potent virucidal and antiviral activity of SPL7013.

"It is particularly exciting to see a product with this level of virucidal activity. The latest data is consistent with our previous data showing robust antiviral and virucidal effects of SPL7013 against the US strain of SARS-CoV-2 and suggests a mechanism of action that is not impacted by mutations affecting the virus spike proteins."

Dr Jackie Fairley, CEO of Starpharma, said: "These variants continue to spread across the globe and challenge public health authorities. Given its mechanism of action, Viraleze may prove to be particularly beneficial as a complementary layer of protection at large gatherings of people – including the Tokyo Olympics.

"The results are important because with the arrival of each new variant, we are seeing worrying escalations in transmissibility and disease severity, compounded by the reduced effectiveness of current treatments or vaccines."

Dr Fairley said Starpharma has now reported data on the potent antiviral properties of SPL7013 against the Alpha, Beta, Gamma variants of coronavirus, as well as original strains from the US, Europe, and Australia. "This data is in addition to previously announced data for other pandemic-causing coronaviruses, SARS-CoV and MERS-CoV."

Viraleze™ is registered for sale in Europe, the UK and India, and is available through one of the UK's largest pharmacy chains, LloydsPharmacy, and online at viraleze.co.

The Beta variant has accounted for more than 90% of SARS-CoV-2 infections in South Africa, and epidemiologists have estimated that it is around 50% more contagious compared with the original SARS-CoV-2 virus/strain based on its rapid spread.

The Beta variant, which has appeared in at least 68 countries, has also been reported to impact on the efficacy of certain vaccines.

Similarly, the Gamma variant has been identified in at least 58 countries and is associated with higher hospitalisation rates and could pose a threat to global vaccine efforts.