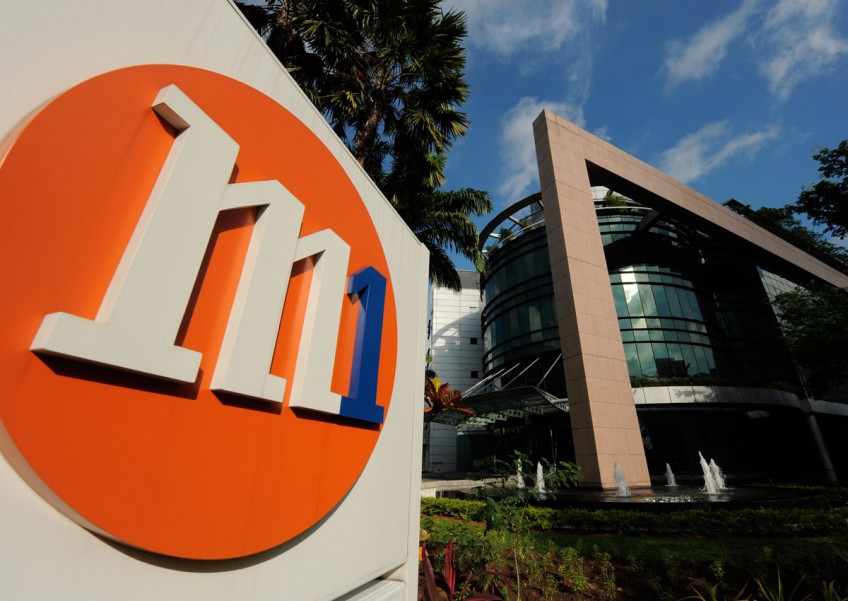 Amid takeover speculation for telco M1, analysts continued to debate how much of a premium a potential buyer would pay. Valuations ranged widely from S$1.58 to S$2.74.

Some pointed out that the stock is unattractive due to stiff competition in Singapore's saturated telco scene. Others wondered if fellow competitor StarHub could merge with it.

Last Friday evening, M1's substantial shareholders announced that they were undertaking a strategic review on their shareholdings in the company. Morgan Stanley Asia (Singapore) is the financial adviser for the strategic review.

A sale could lead to a general offer for minority shareholders. News of a potential stake sale pushed up the stock prices of M1 substantial shareholders Singapore Press Holdings (SPH), Keppel Telecommunications and Transportation (T&T) and Malaysia-listed Axiata Group.

The three own about 61 per cent of M1. Telcos Singtel, Starhub and M1 were also actively traded, with Singtel and StarHub gaining.

DBS Group Research said in a report that based on previous buyouts, the takeover premium for M1 could be anywhere from 10 to 35 per cent above the stock's close before news broke on Friday.

"But if the acquirer intends to keep M1 listed, it may not be incentivised to offer a premium to minority shareholders," DBS said.

Citi Research took a cautious view, saying there is no guarantee a deal will take place.

"Given the overhang of a new player launching in Singapore, the attractiveness of M1 as a target may be called into question," it said.

Similarly, OCBC Research last week downgraded M1 from a "hold" to a "sell" with a target price of S$1.75. It cited a dim outlook for the Singapore telco market given lower roaming revenue and increased competition.

Singapore might have its traditional three telcos, but three more players are joining the fray in the months ahead.

The first is Australia's TPG Telecom, which won an auction for spectrum rights last December to become Singapore's fourth telco.

Finally, Internet provider MyRepublic, which could not bid higher at last year's auction, might launch a digital service like Circles.Life too, OCBC said.

RHB Research was "neutral" on M1 with a target price of S$2.05. Similarly, Credit Suisse said there was limited upside from a potential general offer for M1.

Valuations based on enterprise value to Ebitda (earnings before interest, taxes, depreciation and amortisation) multiples of 8 to 9 times, and flat Ebitda in 2017, could be S$2.25 to S$2.60 a share.

"The key investment thesis for any potential investor in M1 would be the eventual merger with StarHub, in our view, as that is where the real upside resides," it said.

"However, we think that the investment horizon has to be long term."

Nevertheless, Credit Suisse said sector consolidation was unlikely as that would defeat the purpose of regulators introducing more competition.