Logistics sector to get high-tech boost 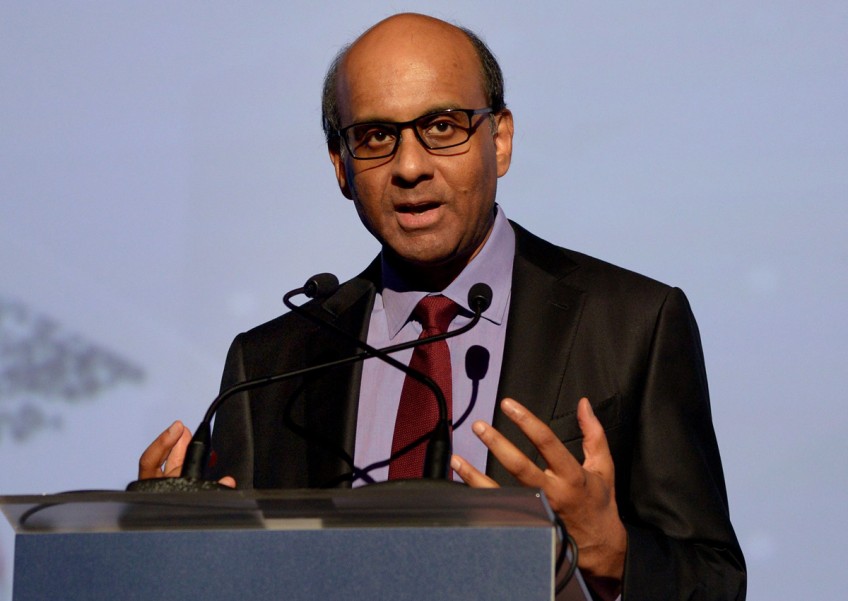 THE Singapore government will test out new forms of technology to sharpen the competitive edge of the logistics sector, said Tharman Shanmugaratnam, Deputy Prime Minister and Coordinating Minister for Economic and Social Policies, on Thursday.

"The regional and global playing field is getting much more competitive. Our local industry is grappling with a shortage of manpower. We have to develop new strengths to differentiate ourselves from other logistics hubs, and we must take bold steps to cope with the reality of a tight labour market," said Mr Tharman at homegrown logistic company YCH Group's 60th anniversary dinner.

"Technology is transforming supply chains. It will disrupt many businesses, but it will also provide huge opportunities for others. Advances in sensors, robotics, cloud computing, and big data will allow logistics companies to overcome many of our current constraints, and grow." Advertisement

The government will pump S$20 million into technology to consolidate and coordinate deliveries to malls, in a bid to transform a highly fragmented business, said Mr Tharman. It will pilot such systems with two to three malls over the next year. This is expected to reduce the number of trucks on the road by a quarter, cut delivery manpower by 40 per cent, and reduce waiting and queuing time for deliveries by 65 per cent.

It will set aside a separate S$15 million to try out automated guided vehicles in warehousing, said Mr Tharman. These will be used to reduce repetitive work in storage and retrieval, and can also boost the efficiency of the overall supply chain. If successful, this will be rolled out on a large scale.

Also, Singapore Transport Association (STA) is developing an industry chassis pool. This will allow companies to size their chassis fleets according to their typical utilisation needs, and tap the chassis pool during peak demand. STA targets to launch the first chassis pool within the next 1-2 years.

Changi Airport is expected to be a significant economic hub, with the government earlier announcing that it would expand the airport. Meanwhile, there are ongoing trials with automated guided vehicles at Singapore's sea ports.

The government is also building a new, national level digital infrastructure for its trade systems, which would boost the information exchange between traders and business partners, lift the visibility of the supply chain on a real-time basis, and offer data analytics to uncover trade trends, said Mr Tharman. The improvement in both hard infrastructure and the underlying software should be in place by 2018.

Mr Tharman also said that the government would embark on various plans to develop the core of next generation logistics talent, by building skills in preparation for new and expanded job roles in the logistics industry.

On the back of this, YCH Group announced that it would set up a new academy to train 600 graduates and mid-career professionals over the next three years. It will train fresh graduates with hands-on skills to better prepare them for employment within the supply chain and logistics industry. YCH plans to absorb up to 20 per cent of these individuals into the company's operations.

The academy will also train professionals making a mid-career switch to the supply chain and logistics industry, as well as invite small and medium enterprises to use programmes at the academy to train their employees.

The academy will be housed in YCH's new corporate headquarters, Supply Chain City, in Jurong West. To be completed next year, the facility that cost S$200 million will incorporate the world's first automated storage and retrieval system that is integrated with ramp-up warehousing, as well as high-tech supply chain management equipment such as drones, robotic arms and automated guided vehicles.

YCH was an early adopter of technology. In 1981, it spun off its in-house IT department to develop IT products for YCH's clients. Mr Tharman commended the company for not just investing in such highly automated warehouse facilities, but also being one of the first to adopt a progressive wage model and SkillsFuture initiatives.

Executive chairman Robert Yap told the 500-odd guests that his vision for his company was to create a "logistics superhighway", which would integrate the flow of goods, information, and financials.

The company, once jokingly known as the "young Chinese hunk", has grown to a scale that it now presents itself to its clients as "your competitor's headache", he quipped.

YCH was started by Mr Yap's father, Yap Chwee Hock, in 1955. Then, it focused on providing transport for employees from the Public Utilities Board (PUB) and the British colonial government. The firm encountered its first crisis in the 1970s, when it lost the main contract of transporting the PUB workers which constituted 90 per cent of its business.

But it found its lucky break when it won the PSA contract and went into cargo transportation.

By 1995, it expanded into regional markets, mainly by setting up inventory hubs for the manufacturing supply chains of Fortune 500 clients such as Dell and Motorola, said Mr Yap. YCH is now an end-to-end supply chain service provider, with facilities and warehouses in over 100 locations across the Asia-Pacific.

This article was first published on October 23, 2015.
Get The Business Times for more stories.