The making of a global developer 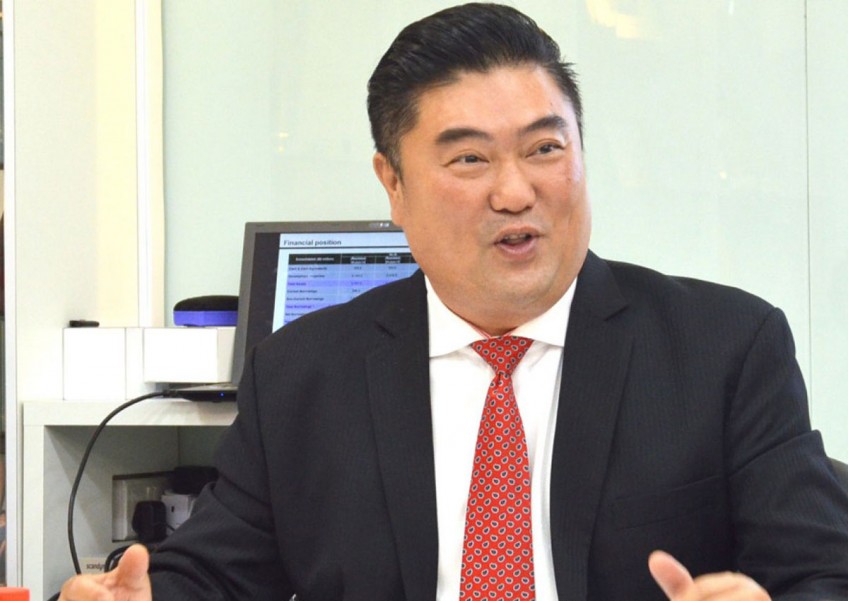 OXLEY has come a long way since its roots as a Singapore-based property developer. Incorporated in 2010, it now has a presence in 10 markets across Asia, Australia and the UK, and most recently, made a foray into the hospitality business.

The company's chief executive officer Ching Chiat Kwong tells The Business Times: "Oxley has undergone a marvellous transformation from a Singapore-based developer to a global developer."

Read also: "It's not about the money": Work-life balance key in motivating staff

As at Dec 31, 2016, the majority of Oxley's unbilled contract value (S$2.6 billion) will come from overseas projects (S$2.1 billion) in the next few years, a testament to Oxley's overseas success.

Singapore's property cooling measures as well as market saturation were additional reasons behind Oxley's push to go international. Mr Ching has said that it was the group's quickness to boldly expand abroad once it spotted home-ground weakness that helped it escape the effects of the domestic property market slowdown.

Mr Ching says: "Oxley is always looking out for business opportunities. As there is an under-supply of four-star hotels in the Orchard Road belt, there will be significant demand for this."

He adds that Oxley will leverage the Novotel and Ibis brands, and their operational expertise in hotel management, to move into the sophisticated, competitive hospitality space.

Notably, Oxley was among the first developers to bank on "shoebox" condominiums (units smaller than 500 sq ft) - starting with the 48-unit Tyrwhitt 139 project which sold within three hours - even when the concept was initially dismissed by local property veterans.

In adopting an asset-light model, Oxley will enter into partnerships with local landowners or government bodies. The latter will provide the land bank and in return receive a share of profit in the development.

For instance, for Project Wave (a commercial development in Dublin), the Irish government is providing the land parcel and in return will get a 20 per cent stake in the development.

In Cambodia, Oxley has formed a 50-50 joint venture with Cambodia-based Worldbridge Land to develop The Bridge, a freehold, mixed residential and commercial development.

Mr Ching says: "Oxley takes a prudent approach when entering a new market and selecting business partners. It does not do this in a rush, or just for the sake of establishing a presence in a certain market. The opportunity has to make economic sense to Oxley."

In January, the group reported a nearly threefold increase in net profit to S$123.75 million for the second quarter ended Dec 31, 2016.

This was in line with higher revenue, due mainly to recognition of revenue from Singapore's Oxley Tower upon its completion in December last year and the handover of certain plots in London's Royal Wharf (Phase 1A).

Revenue was also recognised on sold units in three mixed residential projects in Singapore - Floraville/Floraview/Floravista, KAP and KAP Residences and The Rise @ Oxley-Residences - due to progress made in the construction of these developments.

Oxley was first listed on the Catalist board of the Singapore Exchange (SGX) in October 2010. It transferred to the SGX Mainboard in February 2013.

This article was first published on Mar 13, 2017.
Get The Business Times for more stories.