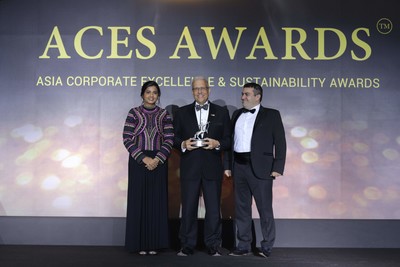 Mark began his journey in Asia in 1994, joining Manulife in 2008 as the President and CEO of Manulife Taiwan and became Senior Vice President, South East Asia in November 2012, overseeing strong growth in Singapore, Malaysia and the Philippines.

He has served as Group CEO and Executive Director of MHB since January 2013, spearheading several significant milestones for Manulife Malaysia and its subsidiaries. Under his leadership, the acquisition of MAAKL Mutual Berhad (MAAKL) and the activation of the first exclusive bank partnership with Alliance Bank happened.

Then in 2017, MHB set up the subsidiary Manulife Insurance Labuan Limited (MILL) to cater to high net worth customers.

In the same year, MHB's corporate branding got a major boost with the naming rights for the Mass Rapid Transit station Manulife Semantan. This move, under Mark's guidance, strengthened Manulife's brand presence and provided much value to the business.

Strengthening MHB's history as an active and caring corporate citizen, Mark has partnered with a non-profit crowdfunding platform in a three-year contract. Since 2016, Manulife and its employees have been actively involved in various health and community-related initiatives. For this effort, Manulife Malaysia was awarded the CSR Malaysia Award 2018, Company of the Year in the Financial Services Category for Pioneering Community Health & Children Welfare Initiatives.

In winning this award, Mark said, "I am proud to be recognised by ACES for my body of work in Asia, spanning the past 24 years in 5 different countries. In particular because ACES promotes and recognises leaders who carry out significant CSR campaigns, demonstrate compassion for the community, recognise the importance of Human Resources as assets in addition to generating financial gains."