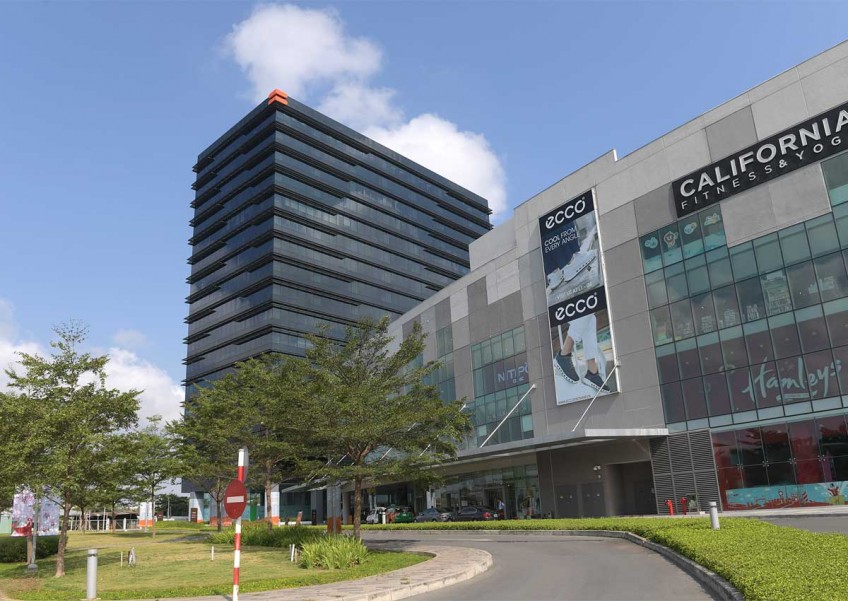 Mapletree Business Centre on the extreme left and SC VivoCity on the right foreground in Ho Chi Minh City.
The Straits Times

A new 17-storey office tower in Vietnam, owned by the property arm of Temasek Holdings, was officially opened yesterday, the company's first office building there.

It gave no further details of its plans, but said it views Vietnam as a key market.

It stands in the Saigon South Place Complex, which is also developed by Mapletree.

The two residential blocks are expected to be completed by the end of this year.

Mapletree chairman Edmund Cheng said the company has grown its portfolio of properties in Vietnam "in tandem with the expansion of (the country's) economy and pace of urbanisation", since it entered the country more than 12 years ago.

"We tapped on our rich experiences in rejuvenating the HarbourFront and Alexandra precincts in Singapore to create a thriving precinct here."

Prime Minister Lee Hsien Loong, who is on an official visit to Vietnam, was the event's guest of honour.