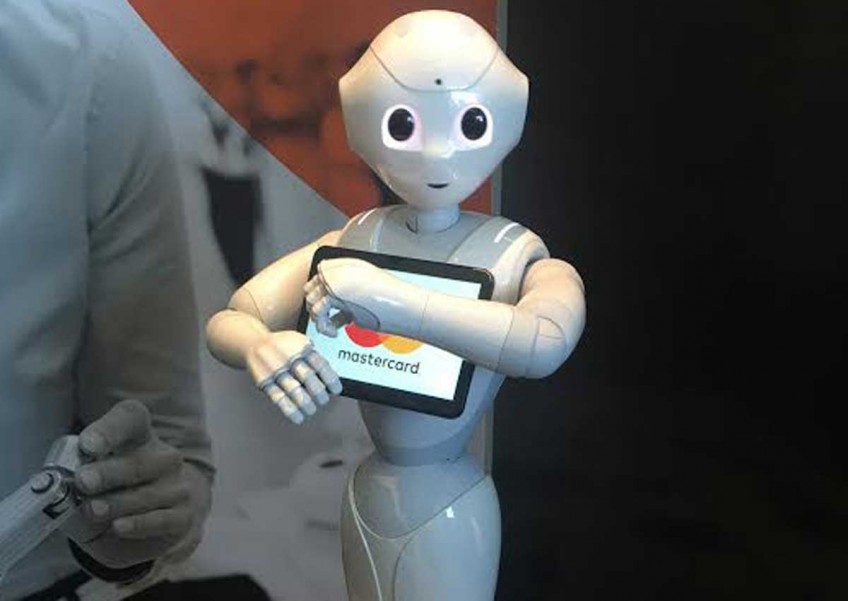 Does ordering food from a robot sound a little too futuristic to you?

Well, get used to it because it might soon become a common sight here.

Mastercard's newly opened Asia Pacific headquarters in Singapore features a new Innovation Showcase which will be now a home base for even more digital innovations.

The new showcase comes five years since Mastercard Labs - which focuses on researching and developing new payment solutions - was first launched in Singapore.

Located in Singapore's DUO Towers at Fraser Street, the Mastercard Innovation Showcase will host various fintech innovations developed by various Mastercard Labs around the world, including several that were built right here in Singapore.

One example of a made-in-Singapore innovation includes the conceptualisation and execution of a digital payment platform within humanoid robot, Pepper.

The innovation extends the robot's ability to integrate customer service, information and sales into a more seamless user experience.

So imagine ordering your entire lunch via Pepper the humanoid robot and pay using your phone.

Pepper could even list you the lunch deals for the day as well as the number of calories in that slice of cheesecake you're eyeing.

Besides Pepper, there's also Qkr! with Masterpass, a mobile payment platform that helps customers order and pay for goods and services from their smart devices.

While it's not officially rolled out in Singapore just yet, it has travelled beyond our island to be applied successfully in overseas markets, namely Australia.

15 per cent of medium and large schools in Australia have already deployed Qkr! with Masterpass as a way for parents to make mobile payments for school fees, uniforms, excursions and other educational supplies.

Vice-president of Innovation Management, Digital Payments and Labs, Asia Pacific Mastercard, Mr Tobias Puehse said: "Today, our Innovation Showcase has already become a central hub in advancing technologies such as chatbots and biometric authentication, while also inspiring up and coming developers and students to shape the future of commerce."

In fact, cashless payment has already been implemented at Mastercard's Singapore office. Staff members can order their food in advance using the Qkr! mobile application and head over to the office's cafe to collect their grub.

It looks like the future is in fintech and Mastercard has blazed the way in developing innovative payment solutions.