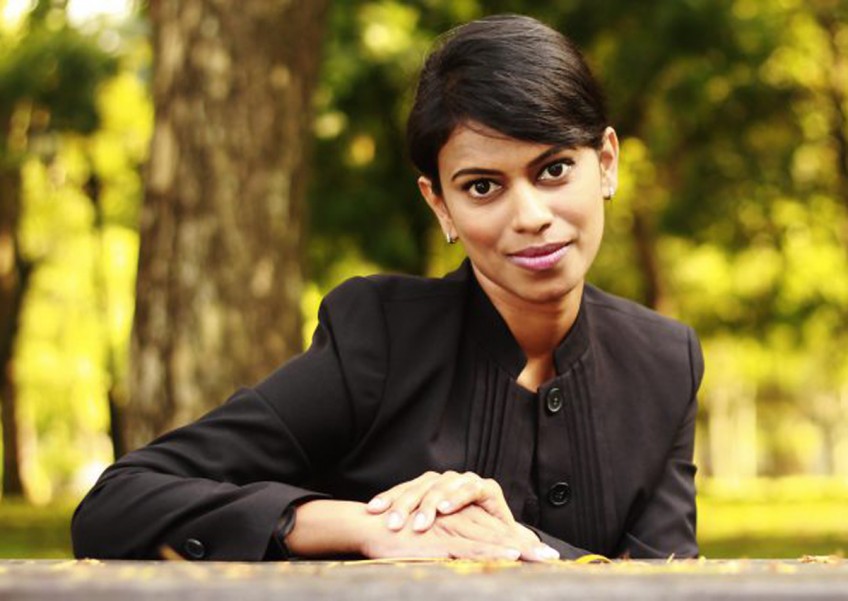 In 2015, Rosemary Anthony, avid solo traveller and freelance writer, took a bold leap when she decided to quit her full-time job to pursue writing as her dream career while travelling and exploring the world.

"I had just begun travelling solo less than 2 years before that and I was desperate to travel for longer than 2 weeks a year. I had started my travel blog and I was discovering people who travelled the world full-time while making money on the road."

"This really appealed to me, especially since I had hit a glass ceiling at work. But the biggest motivator was when I discovered people making a living selling e-books on Amazon."

"They practically guaranteed anyone can do what they did. I woke up sharp at 7 am daily and typed all day in my hot, humid room. I hardly ate, went to bed late and traded my social life for the laptop. And I loved it!"

Rosemary added that being a self-published writer meant she had to motivate herself daily, learn how to do marketing, craft an effective plot, manage her budget, and format her book, apart from the technical side of publishing.

HER PLAN WAS TO PUBLISH 5 E-BOOKS WITHIN 12 MONTHS AND BECOME A SUCCESSFUL WRITER BY JULY 2016.

With that strategy in mind, Rosemary worked on her first manuscript for a few months before sending it to a British editor.

"I insisted on hiring a British or American editor for quality's sake, but they didn't come cheap and their US Dollars hit my Malaysian bank account hard," she recalled.

"I am not going to sugarcoat it here, but my first manuscript was crap. My editor thought it was well written and I managed to capture the main characters' emotions, but I was not satisfied. In the end, I set the manuscript aside and worked on my next story."

To get a taste of the romanticised life of a famous writer, she booked a flight ticket to Brazil and spent a month in Rio as a short getaway before heading home to find her editor had already responded to her second manuscript.

"Her assessment was so encouraging that I sat blushing in my room alone. I made some changes recommended by her and hired a proofreader, but got cheated, hired another proofreader (even more money out of my pocket), put the finishing touches on the manuscript and finally published Pork on March 31, 2016."

Unlike traditional authors, Rosemary chose to publish through Amazon's Kindle Direct Publishing (KDP), an online platform where anyone could publish their book electronically for free.

The royalty it offered each time a book was sold was 35 per cent or 70 per cent, a more attractive option compared to traditional publishing which only offered 10 per cent.

The only issue was the Amazon e-books can only be read on their app or their Kindle devices, most of which are not popular or largely available here.

Her paperbacks, while going at around US$9.99, would cost a hefty RM120 per book with the shipping and tax, "an amount no one is willing to pay for a new author".

Because of this, Rosemary had to ensure she appealed to American and British readers, an audience that had easy access to Kindles.

This was another reason for hiring a foreign editor-she wanted to ensure the story stayed true to their culture, environment, and way of thinking.

IT PAID OFF, WITH PORK GARNERING MANY POSITIVE REVIEWS.

"Right after launching Pork, I immediately got into writing the next story. I finished it within a few months, sent it for editing and proofreading and published Halversham on 16 June 2016."

"This time I went on full-gear advertising and marketing my books. I contacted close to 800 book reviewers by e-mail to review my books a month before I launched them so that there were some reviews on Amazon when they were available for sale. I gave the reviewers free copies in exchange for an honest review."

Halversham managed to achieve number 1 on the "Teen & Young Adult Mysteries & Thrillers" category on Amazon, but dropped quickly after the promotional period.

Rosemary recovered less than 10 per cent of the amount invested in the 2 books.

WITH MOST OF HER SAVINGS GONE, SHE HAD LITTLE CHOICE BUT TO RETURN TO WORKING 9 TO 6.

"The idea behind giving the books for free was that they would gain visibility once at the top and pick up sales momentum after the promotional period. Unfortunately, both books fell in ranking immediately like a ton of bricks."

Although unsuccessful, Rosemary describes the experience as invaluable and said she would do it again, if given the opportunity.

However, her strategy would be different from what was done before.

"The next time I launch a book, I'd probably have a list of at least 5 titles ready for release a month apart. Most importantly, I'd build a tribe long before I launch and make sure I have a steady stream of income for a full-on marketing campaign and continuous promotion."

HER ADVICE TO ANYONE LONGING TO FOLLOW IN HER FOOTSTEPS?

"If you're thinking about publishing just to make money fast, don't."

"That was my mistake, thinking I could make it big with the budget I had within a year. It's a long process that takes time to build a reputation."

Other nuggets of wisdom she had to share were, "You have to learn the rules and be at it daily, practicing. Learn from the experts. At the very least, read On Writing by Stephen King."

"If you're not passionate about writing, you'll give up when the going gets tough. And the one absolute truth is that it will. Be objective in evaluating the quality of your own work-you can't write crap and expect it to sell."

Does she regret any of what she described as a spectacular failure? Not at all.

IN FACT, SHE ENCOURAGES EVERYONE TO PURSUE WHAT THEY LOVE WHOLEHEARTEDLY.

"Nothing can build your resilience and strength better than failure. And I promise you, everything you learn and go through during that time will play a part in ensuring your future success."

"Writing for me is not a destination. As cliched as it may sound, it is a way of life and it's tightly woven into mine."

"Yes, I'm fiercely proud that I've written and published 2 works of fiction but I can't tell myself, 'Ok, I can stop now, I'm satisfied.'"

At the moment, Rosemary is a full-time content marketing manager for a Swiss company. In her evenings and weekends, she writes for her clients and her blog.

"I have consciously designed my lifestyle around writing so that I can do it everyday and get better at it."

"As for me, my story is far from over. I will rise again. I may use a different approach. Maybe I won't do it with reckless abandon like I did the first time. But I will try again. I love writing too much not to."