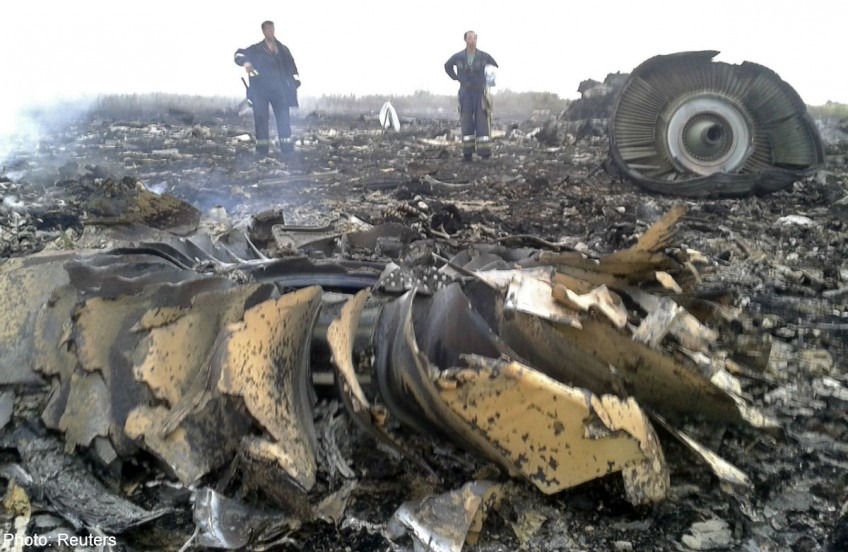 The Malaysian airliner was shot down over eastern Ukraine by pro-Russian militants on Thursday, killing all 295 people aboard, a Ukrainian interior ministry official said. Many of the passengers who died when a Malaysia Airlines plane crashed in Ukraine were heading to the 20th International AIDS Conference in Melbourne.

SEPANG - The Human Resources Ministry has appealed to Malaysia Airlines to provide it with the full list of Malaysian passengers on board Flight MH17 for compensation purposes.

He said so far, the next-of-kin of 15 crew members and two Malaysian passengers were confirmed to be entitled for compensation.

There were 28 Malaysian passengers on the ill-fated flight and 12 of them qualified to contribute to Socso.

Riot said the remaining 16 were not qualified due to their age.

"So we need complete details of the Malaysian passengers to ascertain whether the other 10 are also covered by Socso," he told a news conference at the KL International Airport here Monday.

MH17 was bound for Kuala Lumpur from Amsterdam on July 17 when it went down over Ukraine airspace, believed to have been shot down by separatists.