MORAI was co-founded in 2018 by three autonomous driving researchers from the Korea Advanced Institute of Science and Technology (KAIST). Ever since, the company has established itself as South Korea's sole provider of full-stack autonomous vehicle simulation solutions. MORAI's competitive edge comes from its technology to automatically convert HD map data into digital twins, thereby providing large-scale simulation environments. At this year's CES, the company also unveiled a cloud-based autonomous vehicle simulation technology, which uses the cloud to build a myriad of simulation environments without hardware restrictions and enables simultaneous testing.

"We will focus on utilizing the funding to hire quality talents," said Jiwon Jung, CEO of MORAI. He added, "Together with industry talents, we will continue sharpening our technological edge to further enhance our global competitiveness."

Having established its US office in the Bay Area, MORAI plans to further expand its global presence by establishing offices in Germany and Japan, known for well-established automotive industries, as well as in Singapore, for the company's digital twin technology efforts. The funding will also be used to apply its autonomous vehicle simulation technology to other verticals such as urban air mobility (UAM), one of the leading technologies of future mobility. 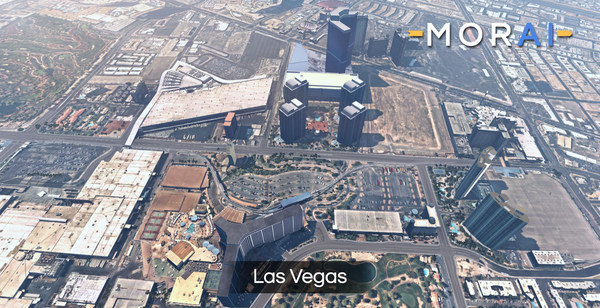 "MORAI's simulator technology will play a key role in enhancing the safety and functionality of self-driving cars," said Geun-ho Kim, Executive Director of Korea Investment Partners. He added, "MORAI has the potential to become one of the leading companies in the global autonomous driving sector, and we are looking forward to the company's future growth."

The company serves over 100 customers, which includes corporate clients like Hyundai Mobis, Hyundai AutoEver, Naver Labs, and 42dot and educational and research institutions like KAIST and the Korea Transportation Safety Authority. It has also formed partnerships with a variety of global players such as NVIDIA, Ansys, and dSPACE.

MORAI (www.morai.ai) was founded in 2018 as a startup by former KAIST autonomous driving researchers dedicated to creating autonomous driving simulation platforms, and has since started to provide simulation software for verifying the safety and reliability of self-driving systems. MORAI is the first Korean company to have independently developed a full-stack self-driving simulation solution which includes the core simulation engine. MORAI currently supplies industry, research organizations, and universities with autonomous driving simulation solutions, and is looking to form partnerships with companies from around the world. With a team of over 70 experts dedicated to their respective fields, Naver, Hyundai Motor Company, Kakao Ventures, Korea Credit Guarantee Fund, Atinum Investment, and other major Korean industry players recognized MORAI's potential by participating in seed and Series A funding rounds. In February 2022, the company raised USD 20 million through a Series B Funding Round with existing investors and new investors such as Korea Investment Partners, KB Investment, and Korea Development Bank, bringing MORAI's total funding to date to USD 25 million.