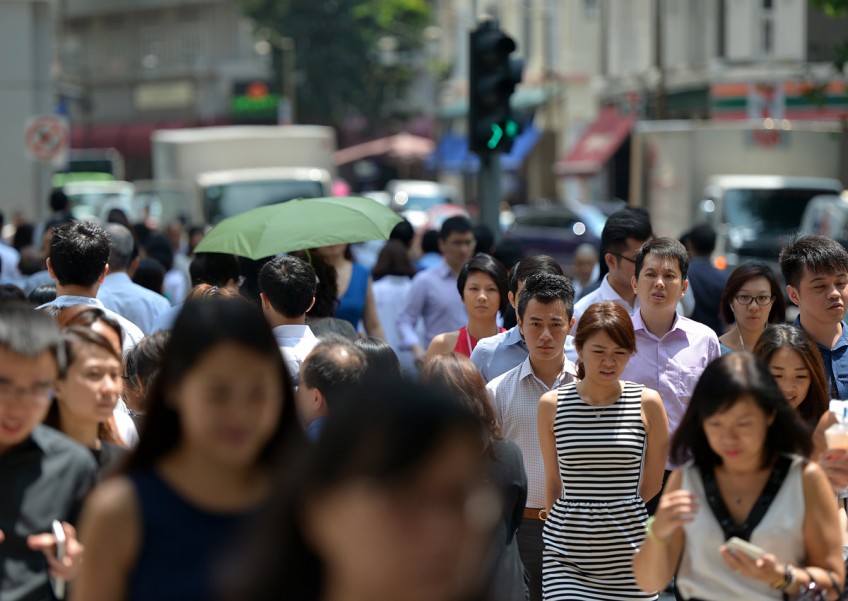 The labour force participation rate for women was 60.4 per cent for 2016, up from 54.3 per cent a decade ago.
The Straits Times

More women are now participating in the workforce, even as the support system to enable women to balance family commitments with career aspirations is being built up, Minister for Culture, Community and Youth Grace Fu said yesterday.

"In recent years, we have seen labour participation rates steady at about 60 per cent, which means there is another 40 per cent for us to tap," said Ms Fu, speaking at the inaugural Crib Summit, a conference focused on topics such as female entrepreneurship, and women in the workplace and in leadership.

Noting that Singapore's workforce is facing higher demands for labour in the face of a rapidly ageing population, she added that "a diverse workforce also encourages innovation and creativity, which will help us stay ahead of industry-transforming disruptions and sustain our competitive advantage".

Last year, the labour force participation rate (LFPR) for women was 60.4 per cent, according to the latest labour force survey released by the Ministry of Manpower in January.

In comparison, the LFPR for men has remained stable at about 76.2 per cent over the past 10 years.

Ms Fu said much has been done to help women balance family and work.

The number of companies providing ad hoc flexible work arrangements, such as unplanned time off and telecommuting, rose from 70 per cent in 2015 to 77 per cent last year.

As a result, Ms Fu said, Singapore has made good progress towards achieving gender parity.

Ms Jolene Tan, head of advocacy and research at the Association of Women for Action and Research (Aware), said the LFPR for women here still remains well below that of many Organisation for Economic Cooperation and Development nations, which achieve 70 per cent or more.

Ms Tan said: "Our overall figures do not seem to have achieved the 'M' curve of some other developed economies, where the LFPR for females rises after a temporary dip in the early years of parenthood, as women return to the workforce."

Dr June Goh, president of the Singapore Council of Women's Organisations, said the fact that "there is minimal change in the LFPR for males may mean that men may not be taking up the caregiver role in significant numbers".

"Back then, we had to go to the office to work but now, women can work from home or anywhere else," she said.

This article was first published on March 13, 2017.
Get a copy of The Straits Times or go to straitstimes.com for more stories.