Multimedia artworks by eight groups of artists are exhibited at Haneda and Narita Airports from Feb. 27

The Agency for Cultural Affairs presents "CULTURE GATE to JAPAN"

TOKYO, March 12, 2021 /PRNewswire/ -- On February 27, 2021, the Agency for Cultural Affairs opened a new art exhibit at Haneda and Narita Airports as part of their "CULTURE GATE to JAPAN" initiative. Multimedia artworks by eight groups of artists are now exhibited at the airports as well as online, with the aim of promoting the appeals of Japanese culture and sharing it with the world. 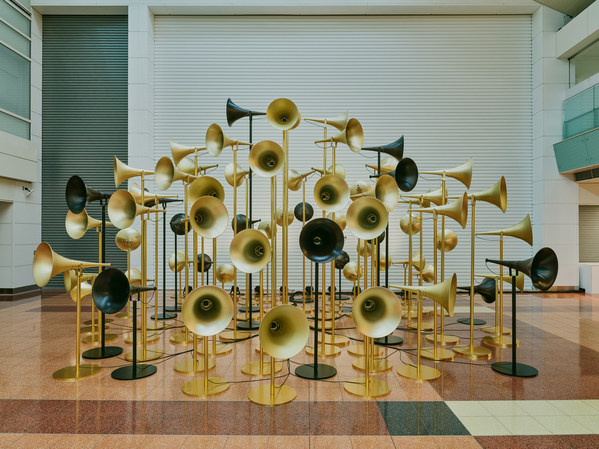 The theme of the exhibits at Haneda and Narita is "VISION GATE". Under the curation of Paola ANTONELLI, these exhibits seek to explore the concept of "vision" from past to future, and its role as the foundation of Japanese culture. 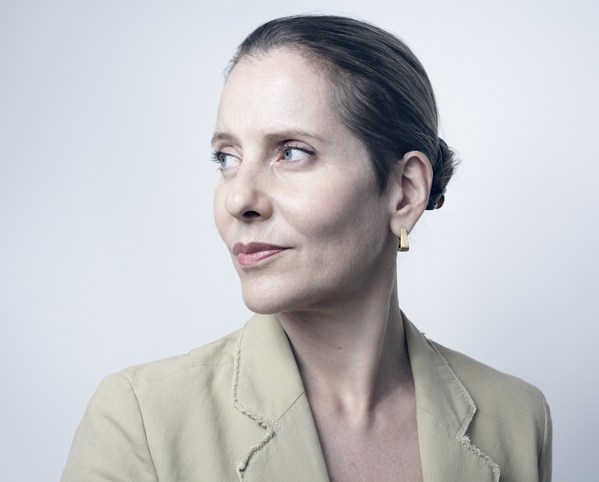 Paola ANTONELLI is Senior Curator of Architecture & Design at The Museum of Modern Art in New York, as well as MoMA's founding Director of Research & Development. Her work investigates design's impact on everyday experience, often including overlooked objects and practices, and combining design, architecture, art, science and technology.

Following the XXII Triennale di Milano––her 2019 Broken Nature, devoted to the idea of restorative design–– she has recently curated at MoMA the exhibition Material Ecology, on the work of architect Neri OXMAN. Her acclaimed Instagram Live series @design.emergency––conceived with design critic Alice RAWSTHORN––explores design's role in building a better future for all.

Keeping the human voice at the core, in this work, artists distilled the sounds of the Japanese language and created a unique composition and experience in which the sound emanates from a choir of dozens of standing horns, that are conversing with each other like people waiting for friends and relatives in the Arrival Hall of an airport.

SUZUKI Yuri: SUZUKI Yuri is an artist and designer who examines possibilities of sound and music in our day-to-day experiences. Since 2018, he became a partner at the world's largest independent consultancy, Pentagram. SUZUKI's creative work spans across the fields of design, music and art, with outcomes ranging from public art and products to sonic identity and compositions. His works have been recognized through industry awards as well as acquired for numerous international museum collections including Museum of Design Museum London, Israel Museum and Museum of Modern Art, New York.

HOSOI Miyu: Born in 1993, musical/sound artist HOSOI Miyu has been active in taking various artistic endeavors from creating the installations to bring awareness to the surrounding sound by using multichannel sound systems to the performing arts productions. HOSOI particularly is known for the overdubbing works using her own vocals. Her renowned work "Lenna" on 22.2 channels was presented at various venues including NTT InterCommunication Center [ICC] Anechoic Room, Yamaguchi Center for Arts and Media [YCAM], Tokyo Metropolitan Theatre Concert Hall and the Audio Engineering Society. She is the recipient of the New Face Award at the 23rd Japan Media Arts Festival Art Division.

acky bright is an illustrator and a Manga Artist, and is known for his black and white line art. He has many oversea followers for his unique style combining Japan's 80s and 90s anime and manga style and modern perspective. He has been publishing many works as "Doodle" through social media and live painting events. His new work, manga "Shin Henkei Shojo (New Transformer Girls)" (DLE) is currently serialized online.

Hitoshobu (One Shot) by Jun Inoue

The work captured artist's live painting and the ephemeral nature of the world of Sho/Calligraphy.

Inoue illustrates the delicate spirituality particular to Japan using abstract lines to create unique "spaces." His exquisite sensibility blends modern sense and traditional spirit to stimulate the consciousness of the viewer. Leveraging his connections to the worlds of fashion and music, he has exhibited his works in a wide range of venues including live painting performances and artwork presentations. Inoue has held numerous private exhibitions in Japan and abroad, including venues in both Melbourne and Paris.

This work was created with the red, green and blue fluorescent ferrofluid to represent Japanese Garden with the magnetic energy and gravity.

After graduating from the School of Science at Hokkaido University, KODAMA completed her graduate studies and earned a doctorate in Art at the Graduate School of Art and Design at the University of Tsukuba. Since 2000, she has pioneered the use of ferrofluids in art. Her artwork "Protrude, Flow" (selected by SIGGRAPH Art Gallery 2001) won the Grand Prize in the 5th Japan Media Arts Festival Digital Art (Interactive Art) Division. Her artwork has been exhibited in over 20 countries at art museums, galleries, public spaces, and private homes. She has impacted not only art and design, but a wide range of related fields.

In this work, areas such as Arctic ice that has melted due to global warming and forests lost due to wildfires are depicted in a hopeful light: being repaired and regenerated with kintsugi by the will of humankind.

PARTY is a creative collective that cuts across art, science, design, and engineering to install in society experiences of the future. Notable projects include space design for Narita International Airport Terminal 3, creative direction for "WIRED JAPAN" magazine, and "VARP" virtual music experiences through collaborations with artists including RADWIMPS and kZm. PARTY also develops businesses such as Stadium Experiment and The Chain Museum.

Day of a Full Moon by MOGI Monika

This work combines the love of Japan's natural landscapes that artist finds otherworldly and mystical, with her admiration of strong, unique women

MOGI Monika is an artist, photographer, and director, born in 1992. She is a self taught photographer and her career started as a teenager shooting for art and fashion magazines such as Vogue Japan, ArtReview, Numero Tokyo, etc. While acting as a creative director behind all of her work, she began to cast her friends and youth culture of Tokyo which has been highlighted in her work. Growing up between the U.S. and Japan, MOGI blends her unique view of both cultures. In recent years she has also participated in photo exhibitions in Tokyo and New York and has directed TV commercials and fashion campaigns worldwide. Her work with Paola ANTONELLI began in 2016, when MOGI was commissioned to photograph contents for the MoMA exhibition 'ITEMS: Is Fashion Modern?" catalog.

In this work artist took scenes from the "Kojiki"- the oldest record of creation myth in Japan - and turned them into computer-generated images.

Since the latter half of the 1990s, MORI has participated in international exhibits in various countries and held numerous private exhibitions at art museums. Her major public artworks include "Sun Pillar" on Miyakojima Island in 2010, "Ring: One with Nature" at the Cultural Program of the 2016 Rio Olympics and Paralympic Games, and "Cycloid V" at the Toranomon Hills Business Tower entrance. MORI has garnered a number of prestigious awards including Honorable Mention in the 47th Venice Biennale in 1997 and the Award to a Promising Artist and Scholar in the Field of Contemporary Japanese Arts at the 8th Japan Arts Foundation Award in 2001. She received an honorary degree from the University of the Arts London in 2014.

About CULTURE GATE to JAPAN
Beginning in February of 2021, the Agency for Cultural Affairs, Government of Japan launched an innovative cultural promotion project called "CULTURE GATE to JAPAN". Held at seven airports across Japan as well as the Tokyo International Cruise Terminal, artists and creators active in the field of Media Arts exhibit artworks inspired by the unique culture of each area with the goal of communicating the broader appeal of Japanese culture.

The global effects of the novel coronavirus have made it difficult to meet new people and experience new cultures in person. However, that should not interrupt the exchange of art, ideas, and culture. Through this project, we hope to continue providing people around the world with the same sense of wonder and joy felt when encountering a new culture. 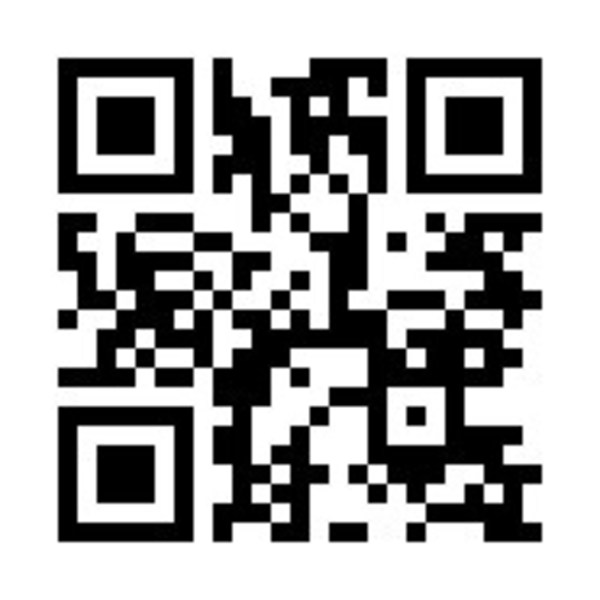 Scan here for more information about CULTURE GATE to JAPAN

The "CULTURE GATE to JAPAN" PR is managed by wondertrunk & co. Inc.