HANGZHOU, China, Aug. 2, 2017 /PRNewswire/ -- Recently, NetEase Cloud Music, a streaming music platform in China, raised its brand slogan as "the Power of Music" and released its new brand video the Power of Music. 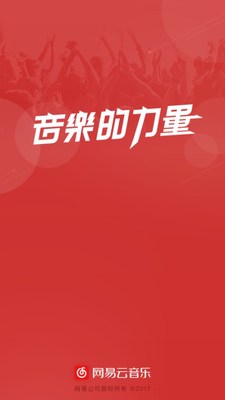 NetEase Cloud Music updated their brand slogan as "The Power of Music" on the 25th of July.

The story of the Power of Music takes place at the 1944 Battle for Caen where a German sniper shot 40 British soldiers in one battle. The fierce fighting continued past midnight. When the German sniper aimed his rifle again at an injured British soldier, the British soldier took out his harmonica from his inner pocket and played the Irish Folksong Danny Boy with spasmodic sobs to express his feelings of yearning for his baby and family faraway at home. The soldier shakily removed his helmet after finishing the song and was ready to face death. Instead of being shot, he heard a mournful tune on the other end of the battle played on a recorder from the German sniper who tearfully missed his fiancée.

The historical prototype of the Power of Music was recalled by a 90 year-old American veteran, Mr. Jack Leroy Tueller who took part in World War II. It happened on a dark and rainy night prior to the battle two weeks after the Normandy Invasion during World War II. Jack played a German love song with a trumpet. A captured German sniper told him the following day that he began to miss his hometown, his fiancée and parents and relatives after listening to the music, which made him unable to take further shots. It was music that broke the cruel war. The heart-warming interview video of the veteran inspired numerous YouTube viewers after being released on 2010. There are still people moved by this video who leave their comments below the video comments section to express their overwhelming feelings even to this date, seven years after its release.

The Power of Music brand video and slogan with the same name are well received by the masses. Many users left their comments in the comments section saying they were moved, and cried after the video while the music entered the chorus. Even someone praised the well-produced video as "the rising Chinese movie on NetEase Cloud Music". On social media, a number of users were impressed by the quality of the brand advertising video and praised it as "miraculous advertising comparable to film" and wished that the video could be a feature film. Attention also came from the media, such as Huxiu, adquan.com, jiemian.com, and the Nanfang Metropolis Daily as they flocked to report on this story, which embodies compliments from the industry peers.

From its unique view as a music social network, NetEase Cloud Music has achieved explosive growth during the past four years with its product level innovation, respect to musicians and music, attention to the user experience and professional operation of content copyrights. Moreover, promotions made by NetEase Cloud Music in recent two years have been a roaring success, which bring in massive resources, greatly improved the brand's reputation. By April 2017, NetEase Cloud Music has become the most popular online music platform with 300 million numbers of registered users. We foresee that NetEase Cloud Music will continue to achieve sustainable growth to be an integral player in the global music market.