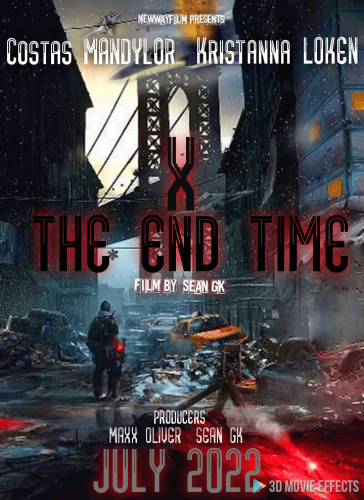 The production has begun in Izmir

The production of the film “X The End Time” has begun in Izmir, Turkey in November 2020. Kristanna Loken, Costas Mandylor, and Wilma Elles were among the stars who traveled to Izmir to begin production on the epic doomsday action thriller. Izmir, located in Turkey’s Aegean coast with its legendary archaeological sites that include the Roman Agora of Smyrna and the hilltop Velvet Castle, was the spot where cameras have begun rolling for the film.

A sneak peek of the movie

Astrology specialist Lou Diot notices remarkable changes in the sky. Explosions on the surface of the sun and other stars have clearly increased. Believing that the end of the world is near, Lou wants to share this news with everyone, but no one will believe him. Even his neighbor AleXis and her friends think that he is just a madman who's totally losing it. Convinced that he is right, Lou builds a shelter and starts preparing for the upcoming doomsday. When the chaos hits Earth, AleXis and her mocking friends are more than happy to hide in Lou's new shelter to survive the destruction…

The trailer of the Turkish-American co-production film reached 7 million people in a week on social media platforms. The biggest goal of the movie, which will be released all over the world in 2022, is to participate in the 2023 Oscars.

About the filmmaker
Sean GK, the producer of the movie “X The End Time”, is also the founder of the NewWayFilm production company. He was born on May 19, 1976, in Salihli, a large town and district of Manisa Province in the Aegean region of Turkey. Sean has filmed many commercials in the United States, and his first movie “Game Over TAM” was shot in 2018.
Sean GK and his team members in NewWayFilm company aim to make a difference through the art of motion pictures and create content that entertains and enlightens the masses.