As World No Tobacco Day is marked around the world, Dr. Marewa Glover calls for a fairer and more science-based approach to smoking cessation and harm reduction

AUCKLAND, New Zealand, May 31, 2019 /PRNewswire/ -- One of New Zealand's most renowned tobacco control researchers is questioning the merit of the apparent Budget decision to keep raising the excise duty on tobacco. 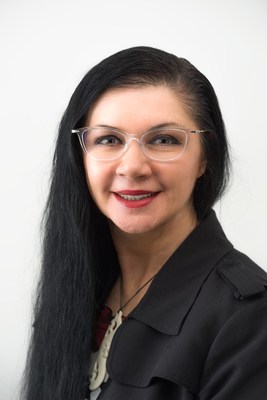 Budget 2019's tax forecasts included another 10% increase in tobacco excise on 1 January 2020. This would be the latest in a series of annual increases that began in 2010 and have since almost tripled the cost of a single cigarette to around $1.50, according to Stats NZ, of which around 83 cents is tobacco excise.

"A recent NZIER report commissioned by the Centre found that Māori are already spending more than $1 billion on tobacco per year, including excise and GST," said Dr. Glover.

"It's just punishing, taking more and more in tax from people who smoke when current stop smoking help doesn't work for them. The compassionate thing to do would be to free up access to risk-reduced alternatives such as vaping, snus and heat-not-burn products. This is especially so given yet more evidence that vaping to quit smoking is twice as effective as patches and gum at helping people to stop smoking," said Dr Glover.

Dr. Glover also says it's poignant that the Budget tax decision was delivered a day before World No Tobacco Day, which was launched more than 30 years ago, and despite concerted moves to reduce smoking through education and taxation there are still more than a billion smokers in the world.

It's why researchers like Dr. Glover are mobilising globally to improve cessation and harm-reduction tools to help raise quitting success rates that are, at most, between 12% and 23%. Her Centre of Research Excellence in New Zealand focuses on ending smoking among Māori and all indigenous people worldwide.

The Foundation for a Smoke-Free World has provided grants that will allow more than 100 researchers, including Dr. Glover, to advance knowledge expansion in multiple smoking cessation and harm-reduction areas.

The research projects funded by the Foundation are aligned with its strategic plan for its health, science, and technology initiatives, which complement ongoing tobacco control efforts by the World Health Organization. The Foundation's grants are reviewed by an independent board and are solicited directly or via requests for proposals (RFPs). All research will be published regardless of results. To learn more about the Foundation's grants and initiatives, please take a look at the 2018 Annual Report.

About Dr. Marewa Glover
Dr. Marewa Glover, Director of the Centre of Research Excellence: Indigenous Sovereignty & Smoking, is a Māori behavioral scientist who has worked on reducing harms from smoking for over 25 years. She is also one of the world's leading Indigenous experts on smoking cessation and tobacco harm reduction. Her multi-disciplinary team includes mostly Indigenous researchers from New Zealand and Australia. They have backgrounds in nursing, psychology, sociology, education and Indigenous health care delivery.