SHANGHAI, Nov. 22, 2017 /PRNewswire/ -- On Beijing time November 19, at the site of Shanghai National Convention and Exhibition Center International Wine Trade Fair, Yantai Changyu Pioneer Wine Co., Ltd. announced the ninth generation Changyu Cabernet, that is listed in the global synchronization, and landed the sale of Jingdong. On the same day, a new generation of Changyu Cabernet promos also appeared in New York Times Square to meet consumers around the world with a more international brand image. 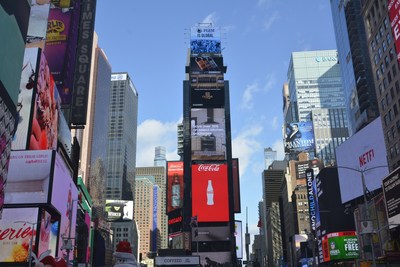 According to Dr. Li Jiming's introduction, the chief engineer of Changyu, Changyu Cabernet carries on the adjustment to the matrix, the previous eighth-generation Changyu Cabernet 4 series of products optimized into the current special election level, the collection level, the master level. The special election Cabernet is with rich fruit; the collection Cabernet is very prominent; and the master Cabernet is with complex aroma and balanced taste.

Changyu Cabernet upgraded completely won the high praise of the guests. Robert Geddes MW, the world wine master, said, "The first feeling that the ninth generation Changyu Cabernet gave me is that California meets the Australian Colavara, which surprises us with a lot of fruity and floral."

Jancis Robsion MW, one of the top three wine critics in the world, played a 16-point mark for Changyu Cabernet, which is an outstanding score, almost equal to the Bordeaux second-tier chateau.

Anthony Laixia, chairman of the Federation of French Wine and Spirits Exporters, said he has visited Changyu several times. He believes that the quality of Changyu Cabernet Wine has greatly improved in these years.

After entering the 21st century, Changyu Cabernet greatly accelerate the pace to the world, especially favored in Europe. Today, Changyu Cabernet has entered more than 5,000 sales in Europe, becoming well received by European consumers of Chinese wines. "There are reasons to believe that in the next five years or so, Changyu Cabernet's annual sale is expected to rise from 30 million to 50 million bottles," Sun Jian, Deputy General Manager of Changyu, said at the press conference. 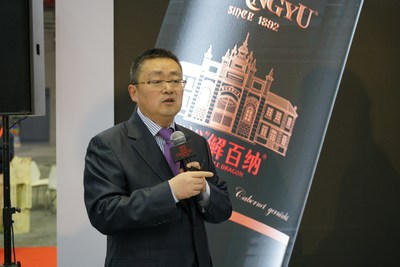