YOKOHAMA - Japanese car maker Nissan Motor Co said it is axing 12,500 jobs and warned a quick turnaround in its performance was not imminent after reporting its quarterly profit was nearly wiped out.

The announcement on Thursday shows how a crisis - brought about by sluggish sales and rising costs - is worsening at Japan's No. 2 automaker even as it tries to recover from a financial misconduct scandal surrounding ousted Chairman Carlos Ghosn.

Nissan, which said the job cuts will be made globally by 2022, added that it will reduce global production capacity and its product line-up by about 10 per cent by the end of fiscal 2022. The automaker had 138,000 employees globally as of March 2018.

Its first-quarter operating profit plunged 98.5 per cent to 1.6 billion yen (S$20.2 million) as it continues to struggle in North America, a key market where it has been stung by mounting costs of vehicle discounts to keep up with rivals.

Years of heavy discounting to grow sales has left Nissan with a cheapened brand image and low vehicle resale values, while the costs to offer high discounts have hit its bottom line.

Nissan had flagged a steep drop in profit on Wednesday. 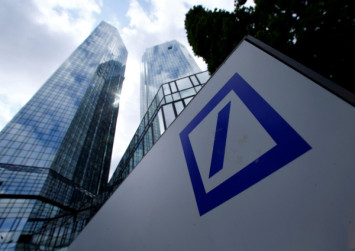 The dismal quarter will add pressure on Hiroto Saikawa, Nissan's embattled CEO, who has been tasked with shoring up the company's performance amid the Ghosn scandal. Ghosn has denied the charges of financial misconduct.

The automaker is widening job cuts initially announced in May as it struggles to improve weak profit margins in the United States, where Ghosn for years had pushed to aggressively grow market share during his time as CEO.

Nissan's operating profit in the April-June quarter compared with the 109.14 billion yen made in the year-ago period and missed the 39.52 billion yen average of eight analyst estimates compiled by Refinitiv.

The company maintained its profit forecast of 230 billion yen for the year ending March 2020, a 28 per cent drop from last year and its weakest in more than a decade.