No magic code to land that dream tech job 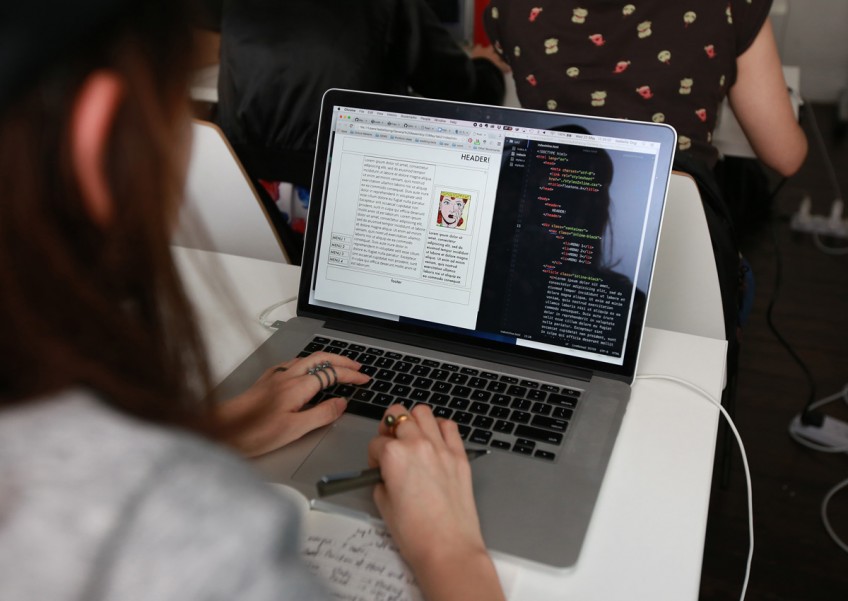 Coding schools might boast of prospects of a dream career in the tech industry, but industry players warn that a programming boot camp can equip students with only basic knowledge if they have no prior experience, and they cannot expect shortcuts to the job of their dreams.
The Straits Times

They boast of cool names, classes in hot spots in town and sterling industry links.

But what General Assembly (GA), Byte Academy and Alpha Camp "sell" foremost is the prospect of a dream career in tech, be it as software engineers, data scientists or even founders of start-ups.

These Silicon Valley-style coding schools have set up branches here in the past year to offer boot camps or full-time courses of 10 to 12 weeks in areas such as programming languages, data science or financial technology.

But the recent forced closure of Silicon Valley school Coding House has highlighted how a dose of caution is needed amid the buzz about coding schools, warn industry players and the tech community here.

Coding House was ordered to close by the US authorities in November for making false statements.

While it advertised a 95 per cent hiring rate within two months of graduation, regulators said only 81 per cent of its graduates had reported employment and salary information.

Employers warn that a boot camp can equip students with only basic knowledge if they have no prior experience, and they cannot expect shortcuts to the job of their dreams.

"Such boot camps teach you what you need to know, but employers want to pay for what you can do with your knowledge," said Mr Looi Qin En, co-founder of recruitment website Glints, who attended a career fair by GA Singapore last month.

Notions that such boot camps can lead all to a tech job with a $4,000 monthly pay need to be debunked, he added.

"These students have only three months of experience, so it isn't easy for employers to offer them full-fledged roles."

But the three coding schools here are confident about employment outcomes for students.

GA Singapore said employment outcomes for nearly 200 students who took part in its full-time boot camps from November 2015 to date are consistent with global statistics.

A report released by GA and reviewed by auditing firm KPMG said globally, 99 per cent of its job-seeking graduates between June 2014 and 2015 found work in their trained fields or started their own companies within six months of graduation from full-time courses.

GA Singapore said its graduates are paid $3,000 to $5,000 a month for roles such as junior developers, with internships not included as an employment outcome.

Like the New York-headquartered GA, Byte Academy is from the US, while Alpha Camp is a technology and start-up school from Taiwan.

Both are starting classes this month or in the next few months.

All three are registered with the Committee for Private Education (CPE) and are partners with the Info-communications Media Development Authority of Singapore (IMDA), which offers Singaporeans subsidies for some of the courses.

Under CPE rules, education institutes are not allowed to provide, or advertise that they can provide, employment opportunities or job placement services for a fee.

However, price competition and poor demand might have already driven out schools that are not IMDA partners.

Next Academy, a Malaysia-based coding school, and the US-based Make School, announced expansions to Singapore last year but have put them on hold after pilot runs, citing market constraints.

"A boot camp can get people hired as a software developer, but everyone's outcome may vary depending on background, aptitude, and commitment," he said, adding that Alpha Camp selects its students, reviews its curriculum every three months and is building a pre-course programme, he said.

In response to queries, the IMDA said it meets partners regularly and reviews their courses periodically.

Such coding schools offer "rapid turnaround" to groom professionals who can plug the infocomm manpower gap, it said.

Last year, it was reported that Singapore may find itself short of nearly 30,000 information technology professionals by this year.

"Our projects are usually quite sophisticated, but we can hire a few developers in junior roles if the skills they pick up are relevant," he said.

After a stint as a teaching assistant with GA, the political science graduate started as a software developer with software company ThoughtWorks last month.

While programming "can look scary", being persistent and getting support from a community helps, he said.

"The value chain in technology development is so long - each person can have a role to play, even if they have different abilities."