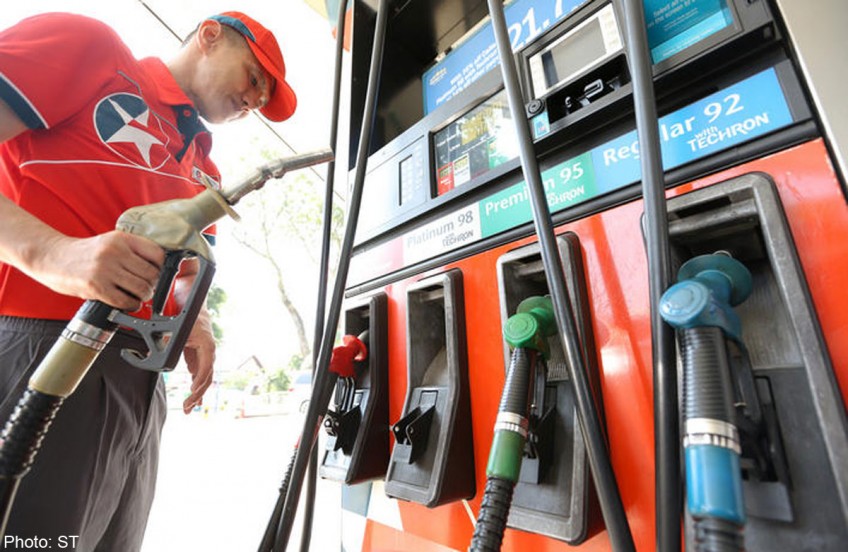 SINGAPORE - Oil prices dropped around a percentage point in early Asian trade on Monday after Saudi Arabia said over the weekend that it would not unilaterally cut its output to defend prices.

Since oil prices started to fall in June 2014, many analysts have expected Saudi Arabia, OPEC's biggest producer, to curb its output.

Yet Riyadh has so far opted to keep output stable in a move to defend market share against non-OPEC producers like Russia and the United States, where production has soared as a result of the shale exploration boom.

"We tried, we held meetings and we did not succeed because countries (outside OPEC) were insisting that OPEC carry the burden and we refuse that OPEC bears the responsibility," Naimi said.

"The production of OPEC is 30 per cent of the market, 70 per cent from non-OPEC ... everybody is supposed to participate if we want to improve prices," Saudi oil minister Ali al-Naimi said on Sunday.