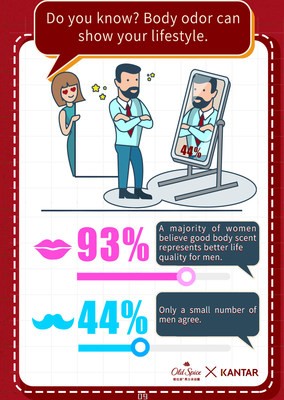 GUANGZHOU, China, Aug. 30, 2018 /PRNewswire/ -- The survey report for "Men Are from Mars, Women Are from Venus, Body Odor", jointly completed by Old Spice Men's body wash and one of world's leading data research companies Kantar China, was officially released on August 24. The survey of male and female participants aged 18 to 45, who volunteered to participate online, presented a comprehensive look at different views on men's body odor by consumers of different genders. 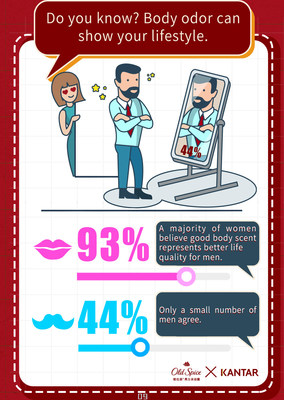 Moreover, 89% of women agreed that their first love was unforgettable because he had a good odor, while 67% of women thought that men with sweet, floral smells were less attractive. For the same reason, 89% of women said they wouldn't go on a second date with a man who had this kind of scent. 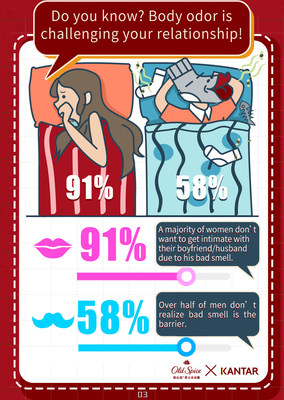 In addition, according to the survey results of "Men Are from Mars, Women Are from Venus, Body Odor Report", men's body odor not only has an impact on their occupational performance, but has also become an important factor in judging their quality of life. 92% of women believe that an offensive body odor has a negative impact on a man's occupational image and is even a stumbling block to his promotions at work. 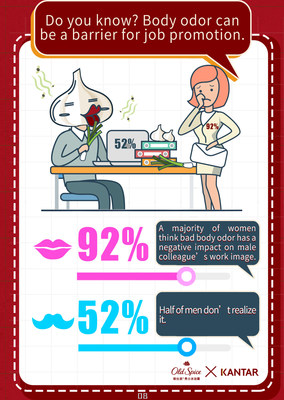 Founded in the US in 1938, Old Spice is a top body wash brand in the country in terms of sales volume [1] through 80 years of development.