LUXEMBOURG, March 14, 2019 /PRNewswire/ -- OnMiners S.A (http://www.onminers.com) is quickly making a strong impact in the crypto mining industry by offering the market's fastest return on investment. The company recently hit the headlines by introducing three multi-algorithm mining rigs that assure 100% return on investment within just one month. Designed for the beginners as well seasoned crypto miners, all three products are easy to use as they come pre-configured and the users only require to plug in and start mining. 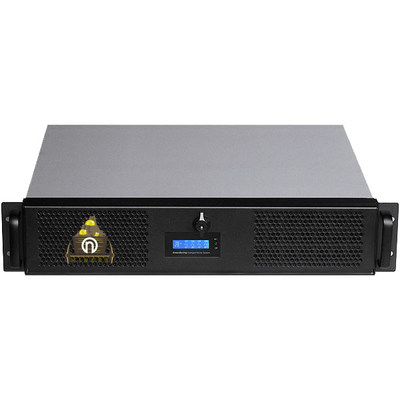 Though the popularity of crypto mining has increased by leaps and bounds over the years, earning profits consistently has been a concern for many mining enthusiasts. OnMiners S.A is the brainchild of a team of investors dedicated to making cryptocurrency mining simpler and profitable for all. The team has accomplished their objective recently by introducing three cutting edge mining hardware named On2U, On4U, and OnTower, each equipped with hash powers that are unprecedented in the market.

The mining rigs from OnMiners are capable of mining Bitcoin, Litecoin, Ethereum, Monero, Dash, and Zcash. Mentioned below are the hash-rates offered by the products for mining different coins.

The miners from OnMiners are not just about delivering higher hash-rates compared to any other mining equipment in the market. These machines are also the first ever endothermic mining hardware to be launched. Utilizing the company's proprietary endothermic chip technology, these miners absorb heat instead of releasing them to the environment. As a result, OnMiners users spend significantly lower on energy bills for mining compared to others. The energy consumption for On2U and On4U are 600W±7%, 1200W±7% respectively.

OnMiners have taken several other parameters into account to ensure a pleasing mining experience to their customers. In order to eliminate the common concern of excessive heat generation, each product comes with a noiseless air cooling system. Moreover, all their products are compatible with the universal 110v-240v sockets. These mining rigs are delivered around the world barring the countries in war zone, with a delivery time of four to six days from the order.

About: OnMiners is a company founded by a group of investors that have invested in the new generation of Endothermic Multi Algorithm CHIP. Their goal is to deliver cryptocurrency miners that are powerful, but have lower power consumption. Utilizing the endothermic chip technology, OnMiners offers a comprehensive range of mining rigs that are easier to set up, release less heat compared to others, and save energy bills for the users.