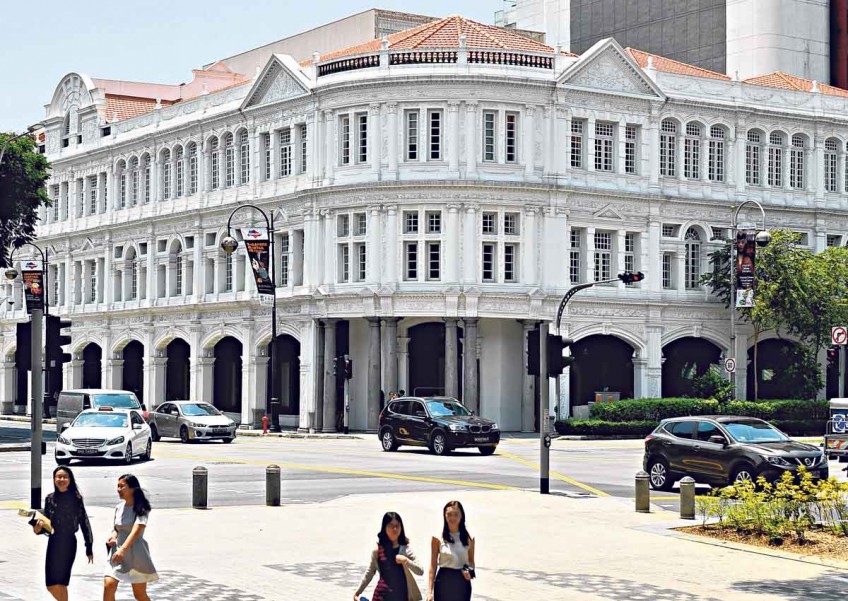 A six-star hotel in the heart of the city is still shuttered more than a year after it was scheduled to open, due to a dispute among its owners.

The Patina, Capitol Singapore, whose 157 rooms are spread across the Capitol Building and Stamford House in the City Hall area, was supposed to open by the end of 2015.

The luxury hotel was touted as having high corniced ceilings, dramatic archways and grand windows, and also houses a chocolate atelier and a Peruvian Amazon restaurant and bar.

Analysts had expected the hotel to pull in high-end or business tourists.

Read also: The world's first craft beer hotel wants to soak you in a hot tub full of beer

But the hotel's doors were still locked when The Sunday Times visited the site earlier this month, though the interior appeared furnished with sofas and chairs.

The Sunday Times understands that the hotel's opening date has not been confirmed and that the delay was due to "challenges at ownership level".

Its website has gone live, though visitors are unable to make bookings.

The Patina is part of the integrated development Capitol Singapore, which includes a retail mall, residential units and the historic Capitol Theatre. Both the mall and the theatre are in operation.

It was earlier reported that buyers of the residential component, Eden Residences Capitol, will not be affected by the dispute.

In April last year, one of the development's owners, Perennial Real Estate Holdings, filed applications for three of its associated companies, which own Capitol Singapore, to be wound up.

But on March 3, the High Court dismissed the applications, prolonging the impasse. There is one month to appeal.

Perennial had previously told the Singapore Exchange that the shareholders and management of the Capitol entities were "in deadlock", unable to agree on some key issues over the project.

Perennial owns an effective 50 per cent of each of the three associates, while the other 50 per cent is held by Chesham Properties, an affiliate of private luxury developer Pontiac Land Group, a local company.

The firms had come together in 2010 after winning the bid, with the aim to restore the site's three conservation buildings to their former glory, turning the development into a landmark and injecting new vibrancy into the City Hall area.

But the mall, Capitol Piazza, has been mostly quiet since it began opening in phases in May 2015. Italian eatery Spizza closed its outlet there after less than two years.

Some tenants were not even aware that the building next door, with its dark windows and ornate plaster decorations, housed a hotel.

"I passed by but didn't know it's a hotel," said Ms Sharyn Ng, 35, who works at a hair salon a few doors down. "It's a waste that it has not opened. We could get more walk- in customers."

Associate Professor Prem Shamdasani, from the National University of Singapore Business School's marketing department, said the development, while well-restored, "cannot just leverage on its proud heritage and strategic location, but has to offer unique and diverse experiences to attract both locals and tourists".

"If it doesn't, then it is a waste of its potential," he added.