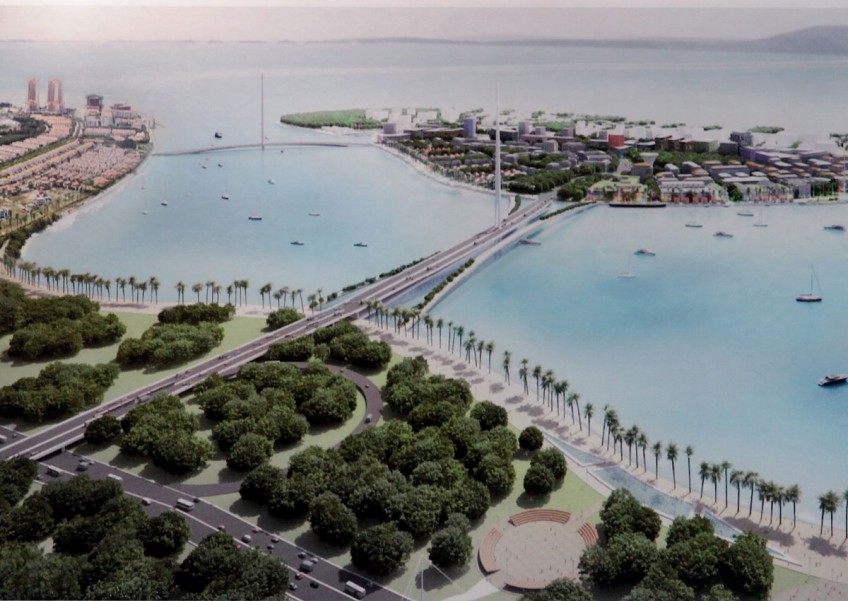 An artist’s impression of the project along Penang island’s Gurney Drive in Penang, Malaysia.
The Star/Asia News Network

KUALA LUMPUR - Foreigners looking to buy landed property on Penang Island will have to restrict themselves to those priced from RM3 million (S$951,600), the state government said on Thursday in a move to ostensibly safeguard the interests of locals.

State executive councillor for housing Jagdeep Singh Deo announced the threshold hike but noted that the foreign levy would be halved for properties priced at RM1-1.5 million. Such properties would attract a levy of 1.5 per cent from 3 per cent previously.

The floor price for apartments or strata titled properties on the island remains at RM1 million.

The previous threshold for landed property on the island was set at RM2 million in 2015 amid a boom in real estate in the preceding four to five years.

Although the property market has slowed since the end of 2015, Penang Island remains one of Malaysia's most popular spots with locals and foreigners. It ranks second only after Kuala Lumpur/Klang Valley.

The 50 per cent threshold increase comes amid concerns that Malaysians, especially Penangnites, are being crowded out of the housing segment.

Also fuelling the unease has been the collapse of the ringgit against nearly every major currency.

This has led to imported inflation and also gave rise to the impression that Malaysian real estate is much more affordable for foreigners.

Consider the ringgit's performance over the past two years. From 3.70 to the greenback, it is now hovering at 4.45 or worth a fifth less. Against the Singapore dollar, the ringgit has shrunk by some 18 per cent, going from 2.68 to 3.16.

Its performance against the Japanese yen is even more feeble, plunging 30 per cent over the period. As Penang is one of the favourite locations for Japanese who take up residency under the country's second home programme, the shrinking ringgit is a bonus.

Another property segment which attracts foreign interest are the shophouses in or around Penang's heritage row.

"Interest is still there. It has more or less stabilised compared to the previous wave," a Penang-based developer said.

As prices are upwards of RM2,000 per square foot, a 2,000 sq ft plot would cost about RM4 million. When conducting restoration and renovation works, owners need to comply with strict heritage guidelines which can run up the budget significantly.

"However, rentals yields are not so great," the developer said, although he noted that yields tend to be secondary to most owners as they regard owning such properties as something special and unique.

Notwithstanding the small ringgit, the rush to acquire properties has not been obvious. "Who knows if the ringgit will fall even more?" the developer quipped.

The state government left the threshold for properties on the Penang mainland at RM1 million, ostensibly because of the greater availability of land.

This article was first published on March 17, 2017.
Get The Business Times for more stories.