HOBART, Australia, Nov. 2, 2018 /PRNewswire/ -- The Pew Charitable Trusts said today it was disappointed that for the seventh straight year, member governments of the Commission for the Conservation of Antarctic Marine Living Resources (CCAMLR) failed to agree to marine protections in the waters off East Antarctica. A separate proposal to safeguard the Weddell Sea was also unsuccessful for the third consecutive year. 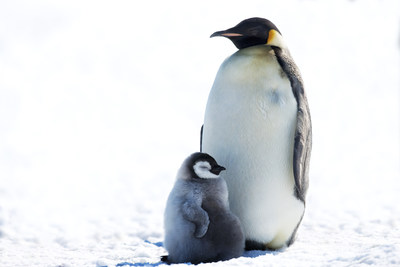 While no new marine protected areas, or MPAs, were designated at the Commission's 37th annual meeting, the demand for MPAs in the Southern Ocean remains strong. Argentina and Chile submitted a formal proposal for a protected area in the Antarctic Peninsula this year.

The proposed MPAs for East Antarctica, the Antarctic Peninsula, and the Weddell Sea would cover more than 3.2 million square kilometers of the Southern Ocean, making a significant contribution towards the goal of safeguarding 30 percent of the world's oceans by 2030 while protecting critical foraging and breeding grounds of species found nowhere else on the planet. They would also help ecosystems throughout the region build resilience to a changing climate, the impacts of which, according to the latest report from the Intergovernmental Panel on Climate Change, are likely to be severe in the coming decades.

The Commission also failed to adopt basic measures for regulating transshipment of Antarctic marine living resources, including requirements for reporting vessel location in the CCAMLR area and the creation of an authorized vessel list.

"We're very disappointed that CCAMLR did not make even basic revisions this year to its transshipment protocol—something that is much needed in the global fight against illegal, unreported, and unregulated fishing. CCAMLR's requirements lag far behind the stronger measures that have become standard practice in other ocean management bodies, such as the Western and Central Pacific Fisheries Commission, the Inter-American Tropical Tuna Commission, and the International Commission for the Conservation of Atlantic Tunas. CCAMLR needs to get this serious gap in IUU fishing under control.

"CCAMLR's failure to designate an East Antarctic MPA for the seventh consecutive year is also discouraging. This could have been the third in the series of marine protections in the Southern Ocean, making a significant contribution towards the goal of safeguarding 30 percent of the world's oceans by 2030. Without an East Antarctic MPA, critical foraging grounds for emperor and Adélie penguins, toothfish, and many other species will not be safeguarded.

"CCAMLR must honour its responsibility to protect the Southern Ocean by heeding scientific evidence and by closing the transshipment loopholes for IUU fishers and designating additional MPAs, including in East Antarctica, the Weddell Sea, and the Antarctic Peninsula, before it's too late to save one of the Earth's last remaining wildernesses."

The Pew Charitable Trusts is driven by the power of knowledge to solve today's most challenging problems. Learn more at pewtrusts.org.