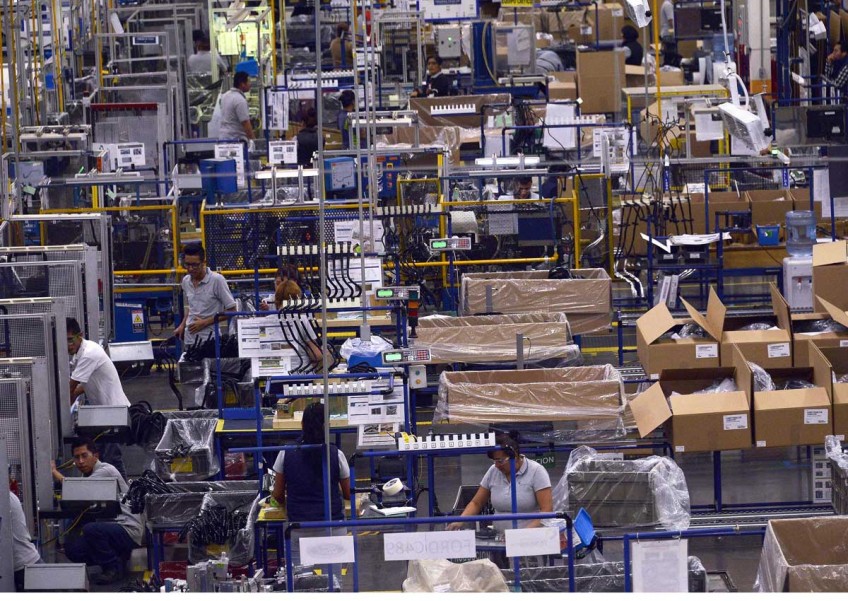 Workers in the auto parts production line of the Bosch factory in San Luis Potosi, Mexico, on January 11, 2017. US President Donald Trump has threatened to impose a 35 percent import tariff on companies that ship jobs to Mexico.
AFP

VILLA DE REYES, MEXICO - In a rocky desert of northern Mexico, impoverished villagers fear they may be the first people in the world to suffer the impact of US President-elect Donald Trump's trade crackdown.

The $1.6-billion plant was expected to bring thousands of jobs to the area, but Ford abruptly called off the project this month in the state of San Luis Potosi.

The closure sparked concern that more companies could flee Mexico, where the auto sector has become a driver of growth, accounting for three per cent of the economy and changing the face of some regions like San Luis Potosi.

While Ford insisted it was a business decision, Mexican officials said it was also partly due to Trump's criticism of the company and his vow to penalize US companies that shift jobs abroad.

"That guy in the United States is tightening the screws," says Concepcion Segura, 54.

He, his wife and four of their six sons lost their jobs on the Ford building site when the project was pulled.

"He has taken Ford away from us to keep it for himself," Segura said.

Half of the population of San Luis Potosi was categorized as living in poverty in 2014, according to the latest data from Mexico's National Council for the Evaluation of Social Development Policy (CONEVAL).

The level is extremely high, but it has gradually eased over recent years as the state has become a hub of auto production.

Now it is one of the first places to suffer from the Trump effect.

It and hundreds of other international companies have transformed the state's fortunes.

Smart hotels for visiting executives sprang up along the highway where the abandoned plant now stands.

Houses were built near factories for the workers and their families.

The Ford plant was supposed to begin operations in 2018.

"We were growing very well, but with Ford that growth was going to accelerate," says Gustavo Puente, the state's development secretary.

Instead, Ford says it will expand a factory in the state of Michigan, the US auto-making heartland, to build electric and self-driving vehicles.

Poverty in Michigan has risen in recent years - the rate is about one in six, according to the US Census.

While Mexican officials voice optimism that other companies will not follow Ford's lead, President Enrique Pena Nieto warned Trump last week against influencing foreign investors "on the basis of fear or threats."

Trump has threatened to impose a 35 per cent import tariff on companies that ship jobs to Mexico.

Mexico's car production has tripled since NAFTA came into force - from 1.1 million in 1994 to nearly 3.8 million last year.

But not all firms in the sector are fearing the wheels will come off San Luis Potosi's auto powerhouse.

"It is too early to say," says Gunter Daut, vice-president for Mexico at German parts maker Bosch.

Another supplier operating in the area, Michigan-based TI Automotive, is also optimistic.

"We shouldn't be too alarmed," says its plant head, Luis Caballero.

"We have to trust in the business we have and companies' plans for expansion." He says T1 Automotive's main client, German manufacturer BMW, is planning to start operating in San Luis Potosi in 2019.

Further down the pecking order, the poorest of the local workforce are racked with uncertainty, however.

In the nearby hamlet of Providencia, Teresa Contreras, 34, lost her job as a cleaner at the in-progress Ford plant when it was scrapped.

"They told me it was going to last four years and it was only four months," she says. She doesn't know where she will find work now.