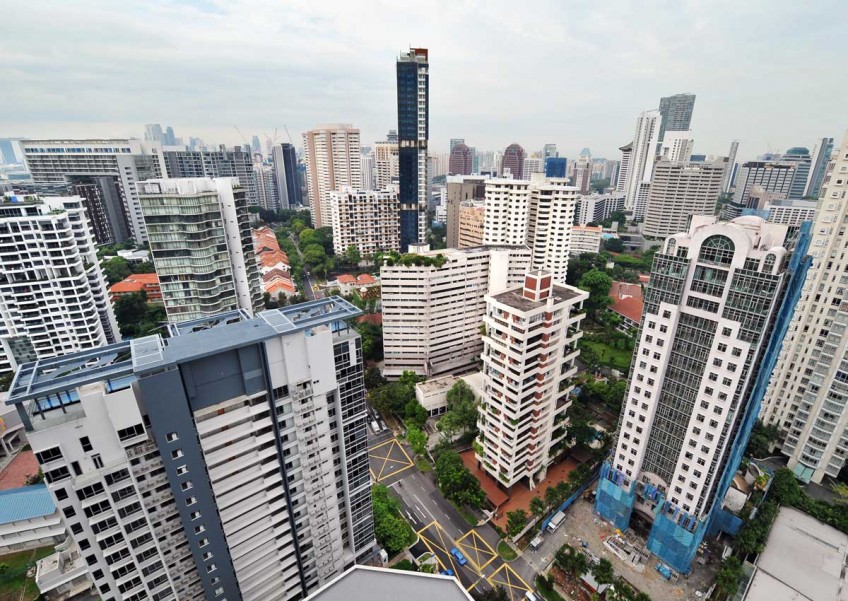 RESALE prices of private apartments fell last month, although volumes again were higher compared with a year ago.

Private apartment resale prices fell 0.8 per cent from November after rising 0.6 per cent in the previous month, according to SRX's Price Index.

"We attribute this to monthly price fluctuations, which could go in either direction, but are expected to be small in magnitude," said ERA Realty key executive officer Eugene Lim.

"The general downtrend of prices is expected to continue, with demand being slow due to strict loan restrictions and rising interest rates."

Still, he noted that the overall price decline of 2.1 per cent last year is smaller than the 4 per cent drop in 2014, according to SRX data - which should be some consolation to home owners.

Last month's resale prices were also down by 7.8 per cent, compared with the recent peak in January 2014, SRX noted.

The dip in resale prices last month was seen across all regions.

This was 44.2 per cent higher compared with December 2014 and likely came as the number of new launches have moderated and buyers begin to see value as resale prices slide.

Yet, this is no cause for popping champagne - resale volume was down by 74.7 per cent, compared with the peak of 2,050 units transacted in April 2010.