BEIJING, May 29, 2018 /PRNewswire/ -- At 2 pm Beijing  time on May 25, the promotional conference of the 2nd ISY Music Festival took place in China's capital, Beijing. At the event, several top-tier firms signed partnership agreements with the organizer. The event was also a turning point in the preparation effort for festival, as the work moves into the next phase.

CMIG, the event organizer, gave a presentation to hundreds of executives from China's leading companies at the event. With world-class music festivals as the main topic, Bai Mudi, CEO of CMIG, gave a talk on trends in how city governments are handling the hosting of entertainment-related events, covering topics such as how to best set up the main stage and the various props used at the venue, using the Chinese ISY Music Festival and how the festival manages the brand as an example. The conference was highly acclaimed by the company executives who attended. Bai Mudi, CEO of CMIG, delivering a speech on the company's development strategy.

Zhang Zhipeng, ISY's general brand consultant, talked about his experience in managing the ISY events, touching on many aspects of the business, including the cooperation with third parties, the selecting and setting up of the venue, and identifying of new commercial opportunities in terms of entertainment marketing as a result. Following the formal announcement of the brand policy for the event, several leading digital brands, including Weibo, Royole and ILIFE, signed partnership agreements with ISY. A number of other consumer, auto and travel brands expressed their intent in becoming a partner. The aim of the partnership deals is to attract a new target audience, fashion-conscious music lovers, to the concerts, establishing a new approach for future marketing efforts, and to distinguish the concert series from others that may, on the surface, appear to be similar. 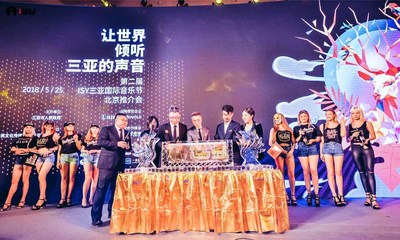 The ISY Music Festival is not a traditional popular music concert, but rather an event combining international fashion trends with Chinese traditional culture. It is a brand in China that reflects a broadminded, cosmopolitan mindset. The 1st ISY Music Festival, held from March 1 to March 3 with a lineup of super stars and eye-catching stage effects, was ruled a success on the back of the international attention that the event received. The event was viewed by 400,000 music lovers, of which 100,000 attended the concert in person, making it the country's largest outdoor music event. Four of the world's top five DJs attended the festival, attracting attention from audiences worldwide. Ranked as the number 1 DJ on DJ's Mag's Top 100 DJ list for 2016 and 2017, Martin Garrix, closed out the event on the last day of the concert, bringing down the curtain on the event's most exciting moment. 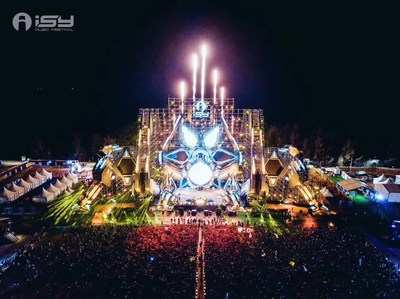 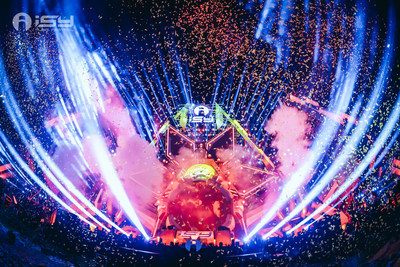 The promotional conference concluded at 4:30 pm. Many company executives entered into discussions with ISY, giving presentations on their companies, brands and the advantages of their products, in hopes of initiating a partnership with ISY.

The Beijing promotional conference is the first stop of ISY's road trip to ten cities. The organizers plan to later hold promotional conferences in several cities, among them, Shanghai, Guangzhou, Shenzhen and Chengdu, and expects to strike deals with several more of China's top-tier firms who are interested in being involved in the hosting of the "made in China" international music gala.

Wuhan virus: How to keep safe and calm this Chinese New Year
4 Chinese New Year movies cancelled in Singapore after Wuhan virus outbreak
'Better safe than sorry': Actress Eswari stays healthy not just for herself
Andie Chen says ang bao 'married rule' is silly - how much do celebs spend on ang baos?
What to eat on the 1st and 2nd day of CNY that's not hotpot, McDonald's, KFC or Malay food
Wuhan medical staff being infected at faster pace than reported: Sources
Things I wish I knew before I left my high-paying job
Man charged with attempted murder of daughter at Marsiling Lane bus stop
Singapore hospital warns against eating hotpot more than once a month, seafood and chicken broths among least healthy
Singapore influencers Xiaxue, Pxdkitty go head to head in battle of the magnetic lashes
Things to do this CNY weekend in Singapore that's not eating, visiting or collecting ang baos
2-month-old baby fed alcoholic milk formula after parent mistakes baijiu for water