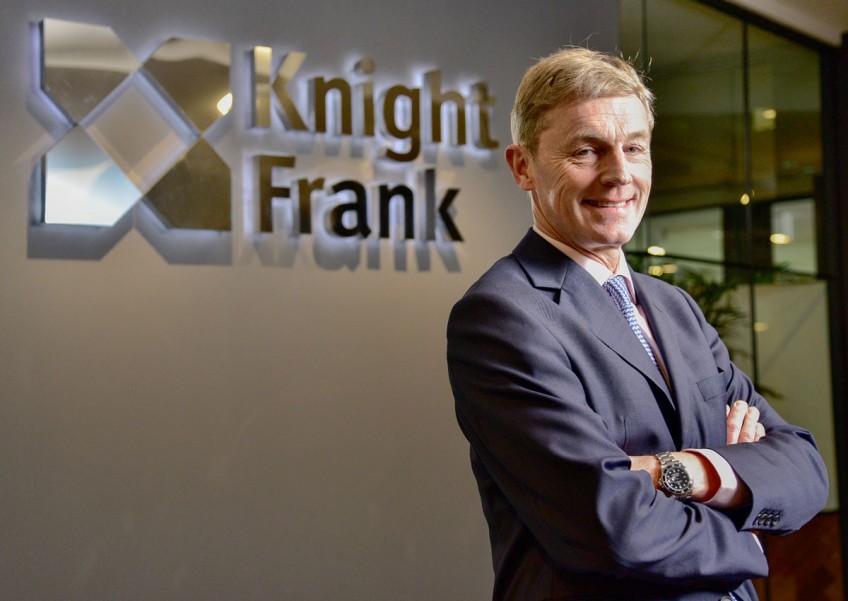 Mr Elliot oversees a real estate agency network spanning more than 400 offices in 59 countries. He does not expect significant changes after Article 50 is invoked and the process of Britain leaving the EU begins, saying that the market has been trading with that expectation.
The Straits Times

It is not so much Brexit or the arrival of United States President Donald Trump that keeps Knight Frank group chairman Alistair Elliot up at night as a growing trend of regulation in the property market.

"The impact of stamp duty increases in the United Kingdom was much more constraining on transaction volumes than the impact of Brexit," he said, referring to higher rates of stamp duties, an extra 3 percentage points, in Britain last year.

"I fully respect every country's right to adapt their local transaction charges to suit what they believe their market circumstances are."

However, he added "it's a very fine line between that and stalling the market and, more worryingly, stopping the development market".

"I worry that too much government intervention in the market can produce the stalling of the market. That may be what is intended, but a stagnant market is no good for anyone. You need churn to open opportunities for people at every level of the market," said Mr Elliot told The Straits Times.

Mr Elliot is based in London and oversees a real estate agency network spanning more than 400 offices in 59 countries. He was in Singapore for a company event.

Next week is likely to open a new chapter on Brexit developments, he noted, with British Prime Minister Theresa May's Brexit Bill having cleared all hurdles in Parliament on Monday, paving the way for Ms May to trigger Article 50 - thus beginning the process of Britain leaving Europe.

"Transaction volumes in 2015 were down... but markets had been going aggressively for a number of years and they were due for a slowing. There's a general global hesitancy because the economic environment is changing."

He does not expect significant changes after Article 50 is invoked, saying that the market has been trading with that expectation.

"The market expected Article 50 to be invoked so it will be a continuation of the same theme, a steady resurgence in interest for commercial and residential property. The market is adjusting to the post-Brexit world and as long as there are no significant shocks, I believe we will see a steady improvement in sentiment on property."

He noted that Britain's real estate market has been quite resilient.

"Pricing hasn't changed much, rents have been growing less aggressively. Investment volumes have come off but there hasn't been a huge supply. One thing about the UK market, there isn't an oversupply of investment product, and offices."

About 30 per cent of the group's revenues came from the residential sector. The rest was commercial.

Mr Elliot attributed the fall in profits to its growing investments in technology and people. He said that the firm will hire about 600 more people globally, with a focus on Asia-Pacific.

The company is setting its sights on mainland China, where it is a relatively new entrant. He is optimistic about the real estate sector, noting that there is a bigger pool of capital in the world, and much more of this capital is being allocated to property.