- Mr. Hou is committed to the philosophy of doing business with integrity and showing gratitude. 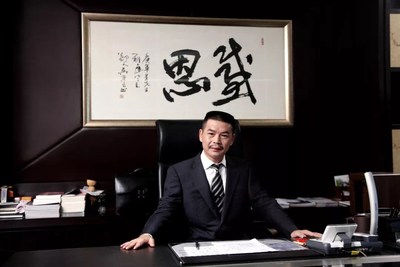 Mr. Hou is widely recognized as both an entrepreneur and a powerful driver behind the growth of the industry. He has always been committed to serving the public interest and giving back to society as he continues to embrace the philosophy of doing business with integrity and showing gratitude when gratitude is due.

As head of a leading global cosmetics firm, Mr. Hou and, by extension, Proya have been actively participating in public welfare campaigns while providing consumers with high-quality beauty products.

On the heels of the recent coronavirus outbreak in China, Proya, led by Mr. Hou, has supported the country's emergency efforts in fighting the disease. On January 27, the company announced the formation of a 15 million yuan (approx. US$2.2 million) charitable public fund to purchase medical supplies, make cash donations, provide financial assistance to affected employees, partners and their families, as well as support other programs in the public interest. The first donations have already been delivered to the Hubei branch of the Red Cross Society of China and the Wuhan Charity Federation, including 3 million yuan (approx. US$430,000) in cash and 2.14 million yuan (approx. US$305,000) worth of face masks and other medical supplies purchased from European countries. On February 1, the company donated 1 million yuan (approx. US$145,000) to the Wenzhou Charity Federation and the Yueqing Charity Federation for the purchase of medical supplies and protective gear with the aim of helping prevent and control further spread of the disease in the cities of Wenzhou and Yueqing, where Proya founder Mr. Hou was born. 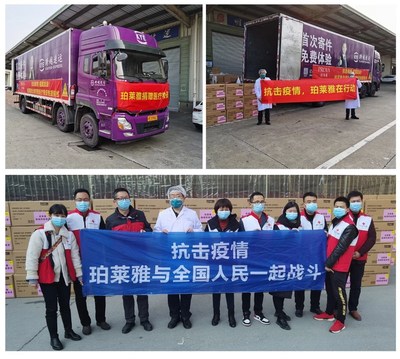 On January 27, Proya set up a 15-million-yuan charitable public fund; on February 4, accompanied by Proya executive Wang Jianrong, over 110,000 face masks, purchased from European countries by Proya, were delivered to frontline medical staff in Hubei province.

The values of showing gratitude and giving back to society have always been an integral part of Proya's corporate culture. In 2007, Mr. Hou helped built the Proya Hope Primary School in Huolianwan, a village in Xiyang town, Pingliang city, Gansu province. In Lijiang, a city in Yunnan province, he organized a tree planting event attended by over 1,000 spectators, resulting in the creation of a protective forest which, when translated from the Chinese, means "Proya Thanksgiving Woods". Proya provided the funds for the forest's ongoing management and protection. On May 13, 2008, just one day after the massively destructive Wenchuan earthquake, Proya employees, led by Mr. Hou, delivered in person over 5 million yuan (approx. US$715,000) worth of supplies to the affected areas. In 2013, the company funded the purchase of teaching tools for 12 local primary schools affected by the Ya'an earthquake. In 2018, Proya made a donation to the building of libraries for Chunlei schools – special schools set up to educate disadvantaged children of migrant workers – in the cities of Xuzhou and Lianyungang in Jiangsu province. The Global Outstanding Chinese award recognizes Mr. Hou and Proya's commitment to social responsibility over the last several years.

Proya was successfully listed on China's A-share market in November 2017, becoming the first company in the beauty sector to list on the exchange. Besides his success with the creation and growth of Proya, Mr. Hou also has the dream of creating a landmark town in China where the top companies across the global cosmetics industry chain would form an industry cluster. As vice president of the China Association of Fragrance Flavour and Cosmetic Industries and executive vice president of the Beauty Culture & Cosmetics Chamber of the All-China Federation of Industry and Commerce, he is an industry leader who started at the bottom and worked his way to the top in that, early on, he recognized that China's cosmetics industry and market still had a huge amount of room for growth. At the time when he founded Proya, almost 80 percent of the domestic market was monopolized by foreign cosmetics companies. Mr. Hou has worked steadily to promote the overall development of the cosmetics industry in China and the rise of national brands. It was with this thought in mind that China Beautéville was conceived and launched.

In October 2015, the first press conference for China Beautéville was held at the Louvre in Paris, France. As a result of much research both in China and abroad, the town, which integrates the functions of industry, culture, tourism and community, was finally built in Wuxing Industrial Development Zone (Daixi) in Huzhou, Zhejiang Province. With four goals in mind, including the establishment of China's beauty industry cluster center, a culture experience center, an international beauty fashion expo center as well as a talent and technology center, Mr. Hou hopes to create an upgraded version of an "Eastern Grasse" in Huzhou.

At present, firms spanning the industry have signed on for the creation and operation of 85 facilities in China Beautéville with a planned total investment exceeding 24 billion yuan (approx. US$3.4 billion). With many leading companies already having committed to set up there, including Proya, South Korea's third largest cosmetics company HANBUL, Asia's largest cosmetic packaging company YONWOO, a complete cosmetics industry chain, covering raw materials planting, R&D, production, packaging, logistics and warehousing, online and offline sales, and cosmetic-related cultural tourism projects, has taken shape. All signs are pointing to the town becoming the cosmetics industry's destination with the world's most complete array of necessary resources.

Taking all of Mr. Hou's contributions to the industry into consideration, his garnering of the Global Outstanding Chinese Award is also a high recognition of his global vision for the revitalization of the Chinese cosmetics sector. It's no small feat that he has not only built a company with such a solid reputation but also taken on the even more difficult task of driving the development of an entire industry. Despite being the chairman of a publicly listed company, he spends his days as a sales executive working shoulder-to-shoulder with his team day and night, visiting customers around the world non-stop. He enjoys every minute of his work as he remains focused on the ultimate goal: realizing the dream of creating an end-to-end cosmetics industry chain that will be the envy of the world.

Mr. Hou, born into a disadvantaged environment, had to fend for himself and start to earn his own keep from a young age. Each phase of his career path became a witness to his efforts, from learning automotive repair skills with his brother-in-law after dropping out of school followed by a time during which he toiled in cosmetics wholesaling in Yiwu, a Chinese city specialized in small goods trade, to, finally, setting up Proya in Hangzhou. He does not hesitate for a minute to acknowledge that much of his success can be attributed in large measure to China's fast-growing economy and to the rapid changes taking place in the country's society.

He has often said: "Ongoing success in Proya or China Beautéville is not mine alone, but belongs to the entire team and to the benefits bestowed on me by China's society. As a result, we should take an active part in public welfare, make contributions to the community and give back to society."

In his hometown of Yueqing, he invested over 5 million yuan for the renovation of roads linking to Feng Village, Dajin Town and for the construction of offices for the village. He donated over one million yuan to help repair Wenchang Pavilion, a local landmark in Dajin Town dating back to the Ming dynasty, as well as to build the cultural courtyard of Bairuoao Village. He also founded the Xiangyanghua Scholarship to award scholarships and bursaries to outstanding students at Dajin Middle School, the school he himself once attended.

As the lead consultant of China Beautéville, Mr. Hou is not only happy to be a member of the marketing team focused on promotional events and fundraising, but also to partner with the local government to develop the town into a flower tourism destination featuring 6.7 million square meters of roses, as part of an effort to revitalize the local economy and benefit the town's residents. In addition, he personally donated 10 million yuan to the local government with the aim of building the largest cosmetics-themed museum in China and possibly the world, transforming his home town into an international platform for the display of and exchanges in Chinese cosmetics culture. 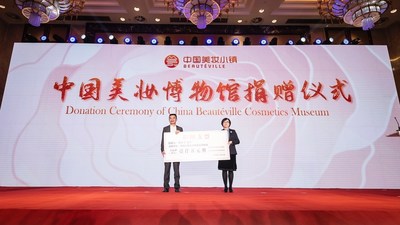 Mr. Hou donated 10 million yuan in 2019 to build a museum specialized in Chinese beauty and makeup

To better devote himself to public welfare and give back to society, Mr. Hou has served as the vice chairman and co-founder of the non-governmental public welfare organization Ramunion, in addition to running his own business.

"The destiny of both individuals and enterprises is deeply connected to that of our country. I hope to do my utmost to create economic benefits for the country and continue giving back to society," said Mr. Hou.