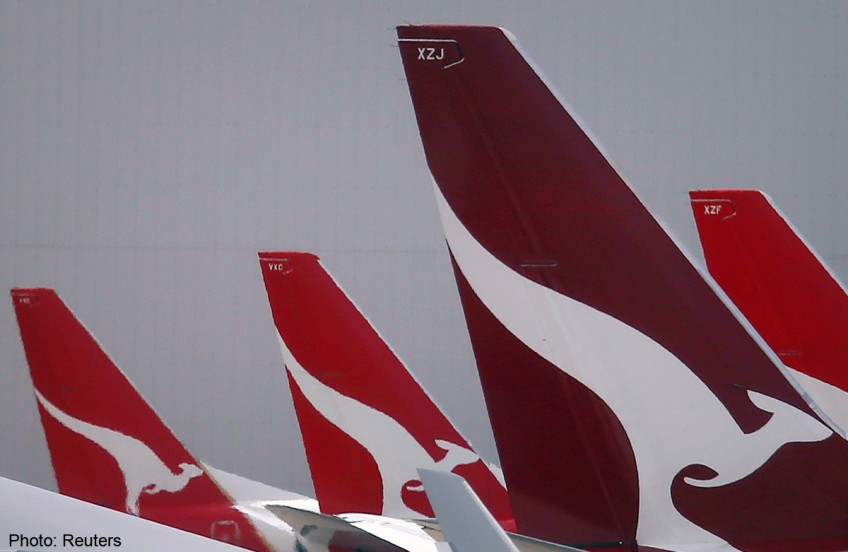 SYDNEY - Australia's consumer watchdog on Tuesday said it planned to reject a proposal by airlines Qantas and China Eastern to more closely coordinate their operations, saying it will harm competition.

The airlines already have a codesharing agreement and last year proposed a joint venture to better coordinate scheduling and pricing.

But with the two carriers accounting for more than 80 per cent of capacity on the key Sydney-Shanghai route, which makes up nearly a quarter of all direct Australia to China flights, the regulator said it was not in favour.

The Australian Competition and Consumer Commission (ACCC) said it would "likely result in significant public detriment".

"The ACCC understands Qantas' desire to form an alliance with a Chinese airline to establish a gateway to Northeast Asia," ACCC chairman Rod Sims said in a statement.

"However, the ACCC's concern is that they have chosen to do so with their main competitor on the one route between Australia and China on which Qantas operates direct flights."

He added that "competition between them will be greatly reduced under the proposed agreement".

Under its plan, Qantas would have a presence at China Eastern's terminal in Shanghai, improving convenience for its passengers transferring to another flight.

In turn, China Eastern would have better sales abilities in Australia, according to the carriers' application to the regulator in November last year.

"The ACCC currently considers that these limited benefits will not outweigh the significant public detriment likely to result from Qantas and China Eastern coordinating their services on the Sydney-Shanghai route," said Sims.

The watchdog was seeking submissions from interested parties regarding the draft determination before a final decision was made.

Qantas and China Eastern were not immediately available for comment.

On Monday Air China and Air New Zealand announced they planned to work together on a new Beijing-Auckland route, subject to regulatory approval, complementing their existing codeshare on Shanghai-Auckland flights.