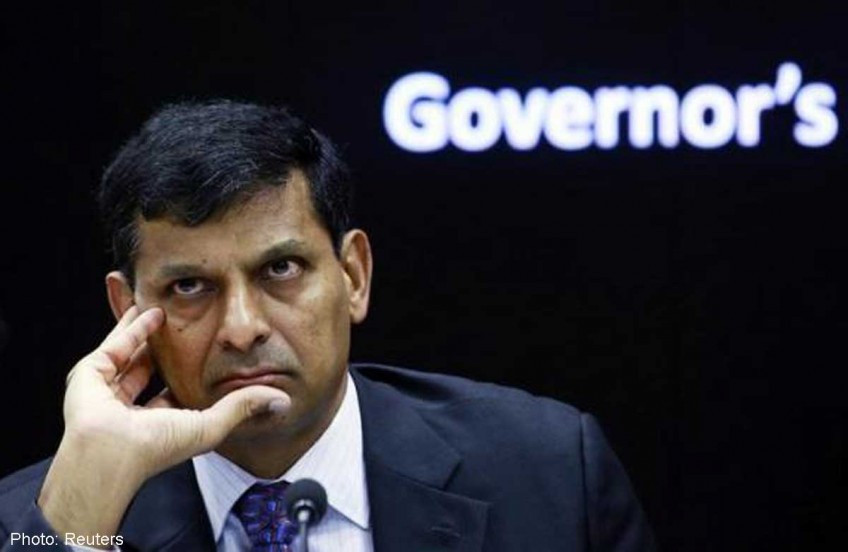 The Reserve Bank of India (RBI) Governor Raghuram Rajan listens to a question during a news conference after the bi-monthly monetary policy review in Mumbai in this September 30, 2014 file photo.

NEW DELHI - Reserve Bank of India (RBI) governor, Raghuram Rajan, on Sunday cautiously backed a government plan to hand public debt management to a new agency, as the two sides played down reports of friction over the biggest regulatory shakeup in a generation.

In February, the RBI formally adopted inflation targeting as its central function for the first time. In the future, monetary policy will be set through a committee and, besides losing its debt management role, the bank is expected to give up powers to regulate government bond trading.

However, Rajan emphasised that details of how the new agency would operate still have to be thrashed out.

"Besides time and the nature of resources it uses, how it works with the central bank and with the government, those are all details that the government is working to fill out. Those are the things that have to be determined," Rajan said.

Rajan also alluded to differences with the government over the formation of the monetary policy committee. Central bank sources have said the two sides do not see eye to eye on the exact nature and composition of the committee.

"Those are issues to be determined," Rajan said of the size of the committee. "Over time, as the finance minister said, we will figure out the details."

Jaitley denied any "disconnect" with the central bank over the shakeup.

He said all the changes had been proposed with the central bank before being included in a finance bill that faces a parliament vote in April.

"We have complete, free and frank discussions and therefore there is no question of any disconnect," he said.

Finance ministry sources told Reuters earlier this week that officials at the Reserve Bank of India had reservations about the proposals.

Rajan did not comment on the plan to give market regulator SEBI the power to regulate government debt trading. As an academic in the United States, Rajan had advocated bundling regulation under one roof.

But as India's top monetary official, he has changed his view, saying in a speech last year that such a step could hamper the development of government bond markets.