Ravendex will pass a portion of its rewards to its delegators with staked ADA on the platform’s stake pool when it launches its ISPO. 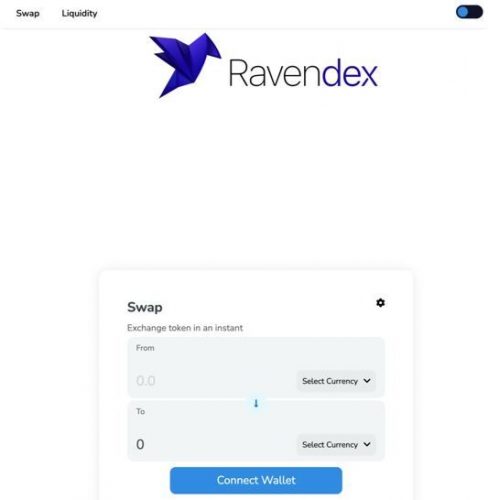 Cardano's (ADA) price increased dramatically over the past few days largely because of the prospect of Dapps launching on the 3rd Generation proof of stake blockchain.

Cardano for a long time has been under intense pressure and backlash over the lack of useable dApps but that would be changing in the near future a, Ravendex, a non-custodial decentralized exchange operating on the Cardano Blockchain utilising the AMM protocol originally proposed by Uniswap.

The AMM protocol facilitates trading an asset at a price set by the first liquidity provider. Ravendex when launched will facilitate fast and efficient swaps with liquidity and assets transfers between ADA and native Cardano tokens.

Rave Token holders will be able to utilise their $RAVE tokens in a variety of ways.

$Rave holders can stake their tokens to get rewards in $Rave, Participate in Governance.

How To Buy $Rave Token

Rave is currently trading on Bitmart Exchange which offers a wide range of commodities such as BTC, ETH, USDT, and others. To its credit, it pulls over $1million worth of trade volume daily as it gains more popularity among cryptocurrency lovers and investors.

$Rave token daily performance according to analytics has earned it a consistent place on the chart as one of the leading brands on the Cardano native tokens by daily volume.

The team at Ravendex intends to launch the Automated Market Maker (AMM) Powered DEX before the end of the second quarter of 2022.

Ravendex also entered a strategic collaboration with World Mobile Token to enable it to reserve an Earth Node that will “bring Internet access to remote areas in Africa” Through blimps.

World Mobile plans to offer affordable mobile Internet access to billions of smartphone users, the majority of who are struggling with reliable access to the Internet.

The Ravendex team is excited to be identified with the lofty project that is built on the Cardano Network with the support of IOHK. The smart move will support and secure the Cardano network.

While highlighting the rationale behind its decision to partner with WMT, the team explained that “keeping the unconnected connect in Cardano wouldn’t be appropriate if we didn’t partner with the other big players.” The team is optimistic about the impact of the partnership on its brand and the Cardano Network.

As a part of its earth node reservation with WMT, Ravendex will pass a portion of its rewards to its delegators with staked ADA on the platform’s stake pool when it launches its ISPO and also a portion to $RAVE NFT Holders.

Ravendex is a decentralised exchange similar to Ethereum's Uniswap. However, unlike Uniswap, Ravendex runs on Cardano Blockchain.