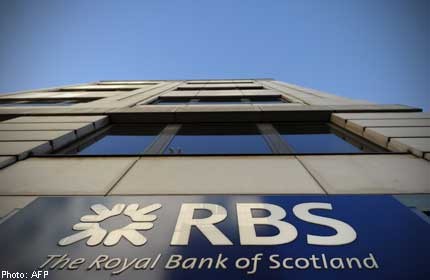 NEW DELHI - The Royal Bank of Scotland Group has said it plans to sell some of its Indian assets, including its credit card and mortgage business, to a domestic bank as it disposes of more of its once sprawling empire.

Ratnakar Bank is one of India's smallest commercial banks but has fared well in recent years by selling stock to private equity funds.

The banks gave no value for the deal, which is subject to approval by India's competition regulator, in a joint statement late Friday.

"RBS had built an extremely high quality business in India which is rich in current accounts and it will be our endeavour to ensure we not only maintain the existing customer proposition, but enhance it," Rajeev Ahuja, head of strategy and markets at Ratnakar Bank, said in the statement.

RBS was bailed out by the British government after the financial crisis and has been disposing of non-core assets.

The latest agreement involves the transfer of some of RBS' employees as well as over 120,000 customers to Ratnakar Bank.

The Edinburgh-based RBS will keep a retail presence in 10 places in India - including Mumbai, Kolkata, New Delhi, Bangalore and Pune but will close 21 other branches.

It will continue to offer financing, risk management, wholesale and investment banking, and wealth management advice to customers. RBS has shed many investment banking jobs in Britain and in the past year has sold or shut down several other divisions.

The European Union has insisted that RBS sell hundreds of local branches under the terms of its 45-billion-pound ($70-million) bailout in 2008.