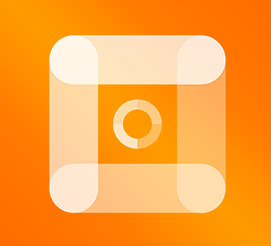 Esaiyo, a Social Identity of Objects technology company that is currently focusing on solving problems in the NFT market is driven by Silicon Valley Veteran and Technologist Ryan Quick.

“After 2 years of building advanced technology, Esaiyo finds itself in a unique position to quickly add value to the NFT market and solve the problem of cross-chain and marketplace deficiencies discovered by Ryan Quick”, remarked Andy Van Valer, Chief Operations Officer and Board Member at Esaiyo.

Driven by his faith, and a strong moral compass, Ryan Quick is an atypical Silicon Valley Chief Science Officer. Ryan’s formal education focused on years of training in theology, art history, and divinity. As he stated recently, he kind of “fell into” being a Silicon Valley technology visionary and leader.

Ryan’s dual degrees in Philosophy and English Literature and minor in art history from Vanderbilt University, are more likely that a background of a writer or museum curator, not technologist; but early in life he was exposed to high performance computers thru his mother’s career in weapons design and analysis for the Department of Defense. This unique upbringing afforded Ryan the opportunity many Silicon Valley visionaries have had, early access to computers.

During his theology-focused graduate school years at Yale, Ryan found himself leveraging technology to power his spirituality by working on the Divinity Schools’ technology systems, infrastructure, and web presence through converting its print magazine to an online publication. This was just the first professional instance of spirituality informing his life at a high level.

Ryan lives where ethics, morality, and spirituality empower technology. In his more recent work, Ryan has been asked to weigh in on ethics questions with regards to Artificial Intelligence and Machine learning, and developed intelligent systems for industry and the Department of Energy. He has been a leader in hyper-scale and high performance computing (supercomputing) as well — winning several awards, serving as president of the SGI User Group, and working on the Obama administration’s National Strategic Computing Initiative (NSCI) alongside colleagues from the NSF, DoD, DoE, NIST, and other distinguished industry partners.

As an early blockchain development visionary Ryan has been building blockchain based solutions since 2017. As a founder of the niche consultancy Providentia Worldwide, Ryan serves as a distributed systems and blockchain auditor for the Kudelski Security partner ecosystem where he brings his diverse expertise to bear on modern blockchain platforms and protocols.

“Using my vast skill sets in scaling large platforms to accept trillions of transactions a minute, timely fraud detections, extensive use of many different data storage databases such as blockchain and graph DB, finds me in a perfect position as CSO at Esaiyo, to leverage much of my 35 years in tech to make a significant impact”, said Ryan.

Ryan’s drive to innovate in a sustainable way for humanity is driven by his admiration for cultural technological innovators like AO FTSE Genevieve Bell, an Australian anthropologist best known for her work at the intersection of cultural practice and technological development and for popularizing the notion of ubicomp (ubiquitous computing) — where technology becomes part of the fabric of our lives so as to become simultaneously pervasive and unnoticed.

As Ryan maps and develops the future of the metaverse and Web3 picks and shovels as CTO of Esaiyo, his keen balance of morality and vision are set to help steer Esaiyo and its robust engine through a rapidly expanding metaverse.

To get in touch with The Esaiyo Team please contact: info@Esaiyo.com