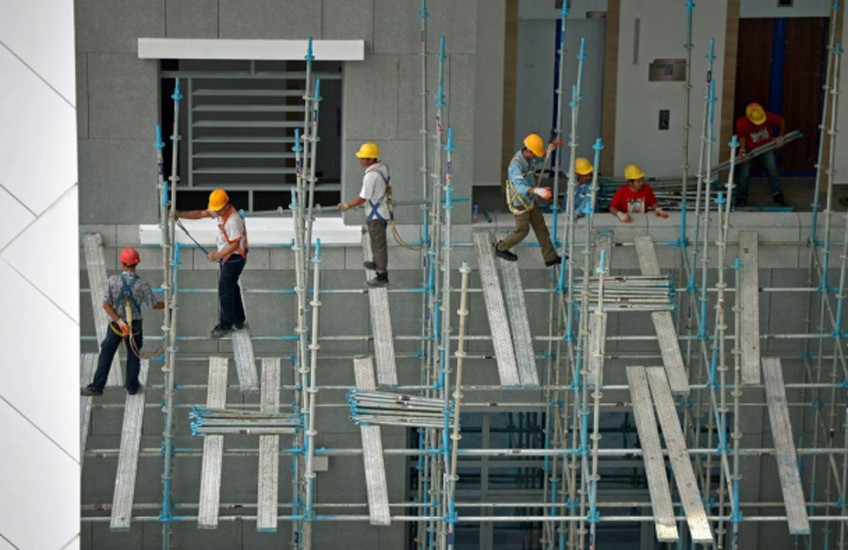 The workplace was safer during the first half of this year than it was in the corresponding period last year, new statistics show.

The projected rate of workplace deaths for this year stands at 1.7 per 100,000 employees, according to preliminary statistics released yesterday by the Workplace Safety and Health (WSH) Institute. It was 1.8 last year and 2.3 in 2013.

However, there was an increase in occupational diseases, with 438 cases in the first half of the year, 10 more than the same period last year. Noise-induced deafness was the biggest culprit, with 267 cases.

The number of occupational traffic fatalities increased from six for the whole of last year to eight for the first six months of this year.

Among the sectors, construction remained responsible for the highest number of workplace deaths, with 10 in the first half of this year, although this was seven fewer than in the same period last year.

Singapore Contractors Association president Kenneth Loo said the organisation has an annual plan for safety and focuses on various areas during the year, such as working at height.

He added: "It is always a continual process of improvement. We cannot say the numbers have dropped and... rest on our laurels."

After construction, the transport and storage industry accounted for the most deaths - more than three in 10 of the total.

Across all industries, falls from height as well as slips, trips and falls caused the most major injuries, with 127 cases out of 292. Other major injuries included paralysis, fractures and severe burns.

Slips, trips and falls also led the incident count for minor injuries, causing 1,350 cases out of 5,658.

Industries such as legal, accounting and management, and health saw more minor injuries in the first half of this year, compared with the same period last year.

WSH Institute executive director Gan Siok Lin said that joint efforts put in by the Government and the industry had helped improve the WSH performance.

But the Ministry of Manpower's Commissioner for WSH, Mr Ho Siong Hin, said the spike in work-related traffic fatalities was of "particular concern". He urged employers to "ensure that their drivers are competent, obey traffic rules and have adequate rest".

NTUC assistant secretary-general Yeo Guat Kwang was glad to see the improvement, but added: "I hope the WSH Council will step up its outreach to and support for small and medium-sized firms."