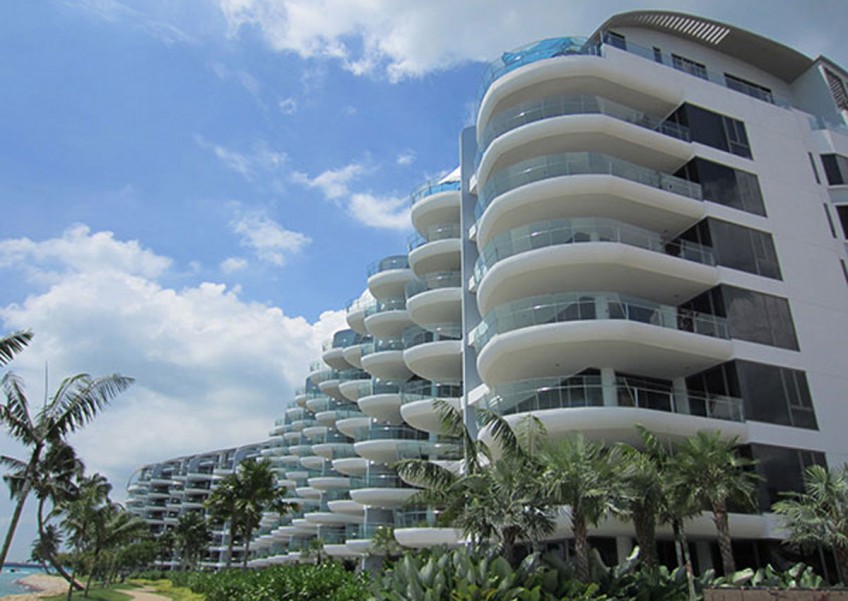 A former condo unit owner took a hammer blow like no other in the first quarter when a bank auctioned off his high-end property at an estimated $6.6 million loss.

The 4,069 sq ft condo apartment at Seascape @ Sentosa Cove was transacted in June 2010 for around $12.8 million, but repayment problems forced a mortgagee sale in February.

A canny Singaporean buyer secured the posh unit for just $6.2 million, making it the standout deal in an auction market that was going at full tilt in the three months to Friday.

A record 177 properties were put up for auction in that period, a 25.5 per cent increase from the same period last year.

Seven were sold under the hammer for a total of $13.43 million, up 39.6 per cent from the same period last year.

Mortgagee auctions, which occur when owners default and banks put the property up for sale, totalled a record 83, including 48 homes and 16 industrial properties.

This was an increase of 38.3 per cent from the same period last year and the highest since Knight Frank began monitoring the auction market in 2011.

Mortgagee auctions have been on the rise, according to Knight Frank, which noted that 63 units were put up for sale this way in the fourth quarter of last year, the second-highest quarterly number behind this year's bumper crop.

There were 62 such properties put up for sale in the second quarter of last year.

Significantly, there has been a spike in the number of industrial properties put up for auction, rising from 25 in the fourth quarter of last year to 51 in the first quarter of this year.

However, there were few takers - only two were sold, with a total sales value of $1.15 millionDr Lee Nai Jia, head of South-east Asia research at Edmund Tie & Co, said the rise was possibly due to firms moving to neighbouring countries to save on costs.

This article was first published on April 4, 2017.
Get The New Paper for more stories.