The Qianhai Shenzhen-Hong Kong Modern Service Industry Cooperation Zone celebrated its 11th anniversary of establishment on Aug. 26. Over the past 11 years, Qianhai strives to prove itself as a highlight in the construction of the Guangdong-Hong Kong-Macao Greater Bay Area (GBA) and an ideal option for Hong Kong investors as its main economic indicators continue to surge in the first half of 2021, despite the ongoing pandemic. 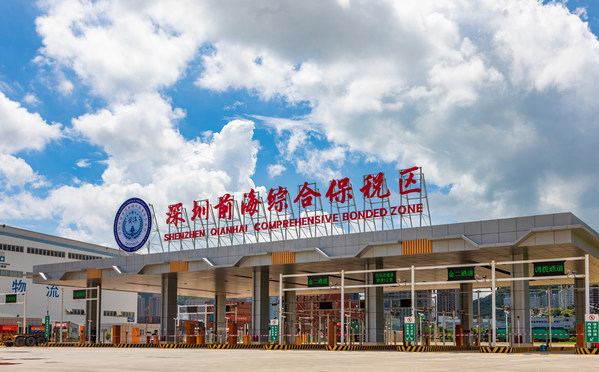 A view of the Qianhai Comprehensive Bonded Zone, which contributes a large share of Qianhai's total import and export volume.

Currently, Qianhai is home to about 11,500 Hong Kong-invested companies, who made up over 10 percent of registered enterprises making tax contributions in the area. These companies' registered capital in Qianhai has reached 1.28 trillion yuan and the actual utilized Hong Kong capital accounts for 92.4 percent of Qianhai's total actual utilized overseas capital. 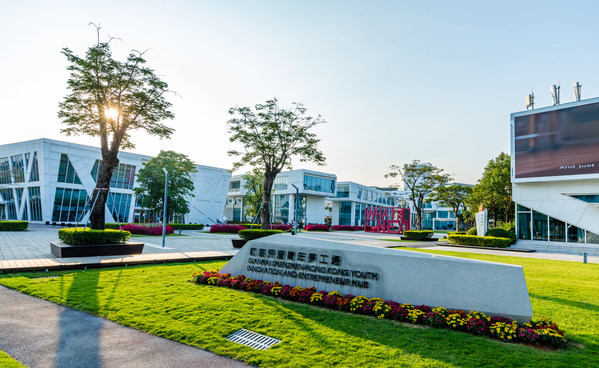 "Registering a company in Qianhai can be completed in one day and Hong Kong entrepreneurs can get their company bank accounts opened without traveling to Shenzhen," said Wang Kai, president of the Greater Bay Area Youth Innovation and Entrepreneurship Center.

Since YIE's establishment in 2019, it has introduced 56 startups from Hong Kong, Macao and Taiwan to Qianhai. 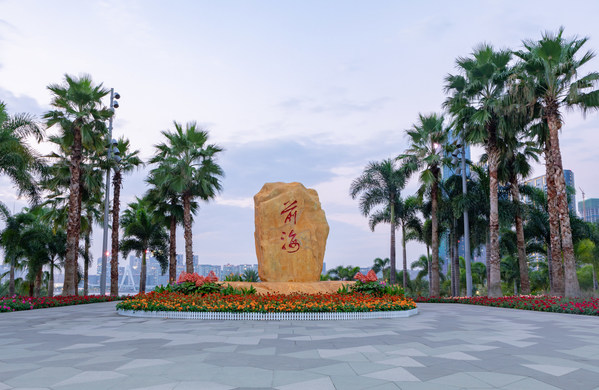 A huge yellow wax stone which has two Chinese characters “Qianhai” engraved on it.

Costume designer Ruby Fang moved his startup company to YIE in May this year. She said she felt a strong entrepreneurial atmosphere at YIE and the E-hub, and made friends with many young elites in Qianhai. "Corporate services are convenient in Qianhai as the entrepreneurial park is close to the Qianhai electronic one-stop service center. In addition, the center will specially designate a staff member to process my service applications and provide guidance on issues I don't know much about," Fang said.

To better facilitate the development of Hong Kong enterprises and individuals, to lure more Hong Kong youth and professionals seeking opportunities in Qianhai and other places on the mainland, Qianhai has carried out a series of preferential policies and actions for Hong Kong people in the past decade.

In addition to tax reduction, cash subsidies, rental discounts, Qianhai has lowered its threshold for the service industry, allowing Hong Kong companies and professionals in construction, accounting, tax and law practices to work in Qianhai after registration.

Wang Long, the company's board and design director, said Qianhai has provided many supportive policies to companies in the professional service industry.

"Hong Kong talents and companies can enjoy a 15-percent personal and corporate tax rate, respectively. In addition, there are many other subsidies covering Hong Kong talents' work and life in Qianhai, such as low-rent housing and transportation allowance."

"As Qianhai continues to lower its thresholds for cross-border Hong Kong professionals on the Chinese mainland, we believe more construction professionals will be attracted to Qianhai, which is conducive to promoting the interconnection and exchange between Shenzhen and Hong Kong in the field of architecture and design," Wang said.

By continuing promoting financial innovation, Qianhai has seen Hong Kong- and foreign-invested banks and other financial institutions thrive over the past years.

To secure a better living environment for Hong Kong residents, Qianhai has helped many Hong Kong people transfer their children from Hong Kong schools to Shenzhen schools, safeguarding their children's rights to the same education opportunities as their mainland counterparts.

During the construction of the GBA, Qianhai is expected to reinforce its role as an area for deeper legal cooperation, as a key engine of cross-border cooperation and a new international city-center for Shenzhen. Qianhai is, first and foremost, a demonstration area for Shenzhen-Hong Kong cooperation.