Shipsy brings Deb Deep Sengupta as their Board Advisor

GURUGRAM, India, Aug. 6, 2021 /PRNewswire/ -- Shipsy, a leading SaaS-based intelligent supply chain and logistics solutions provider, has announced the onboarding of Deb Deep Sengupta as its Board Advisor. This comes as a major development for the company proactively involved in expanding and expediting its international outreach. 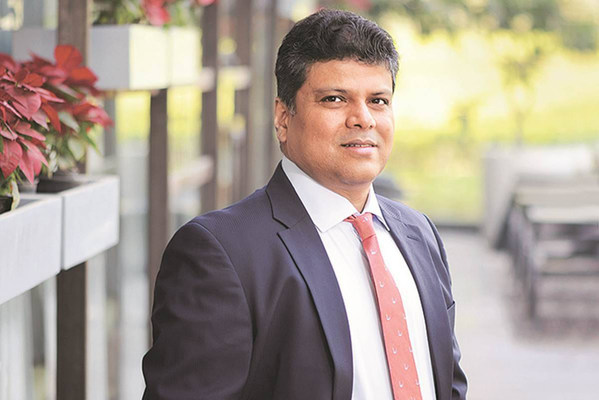 Deep is a Senior Executive with more than 25 years of experience in the technology industry having spent his career with global companies like HP, IBM & SAP. He has a proven track record of driving enterprise-wide transformations and was instrumental in the success of SAP in India & South Asia for close to two decades. During this period, SAP acquired around 14,000 clients and built a network of 500+ partners. He has been personally involved in some of the largest Digital Transformation projects such as Reliance and Tata.

Deep served as the President & Managing Director of SAP India & South Asia from 2015 to 2020. During his tenure, SAP India was voted as the No.1 "Best Places to Work in India," by Great Places to Work for two consecutive years. Under his leadership, SAP India was one of the fastest growth regions globally, winning the "Top Performing Region of the Year of Asia" in 2016 and 2018. It also won the "Golden Peacock" award by the Ministry of Skill Development in 2019 for its social contribution to improving digital literacy among rural women and youth through the Code Unnati program.

Deep is now a Board Advisor to Venture backed SaaS companies as well as an Early Stage Investor.

Commenting on the onboarding, Soham Chokshi, CEO & Co-Founder of Shipsy, said, "Going forward, we need a strong suite of advisors to drive our growth at a global stage. With a strong command over technology and organization building, Deep will be a valuable asset to our team. We are delighted to have him on board and look forward to building stronger roots and expediting our global expansion efforts."

The Gurugram-based smart logistics management company has been aggressively charging towards its expansion goals. Shipsy has made several leadership hirings and increased its talent pool by almost 25% this year. They have also recently set up their regional headquarters in Dubai.

Shipsy is an end-to-end Saas-based supply chain and logistics management platform. Founded in 2015 in Gurugram, the company leverages AI and big data to design and develop low-code SaaS solutions to improve operational efficiency across Manufacturing, QSR, Retail, CEP, and Global Trade. The brand has its regional headquarter in Dubai (UAE). Last year the company raised USD 6 Mn in Series A round led by Sequoia Capital India's Surge and existing investor Info Edge.