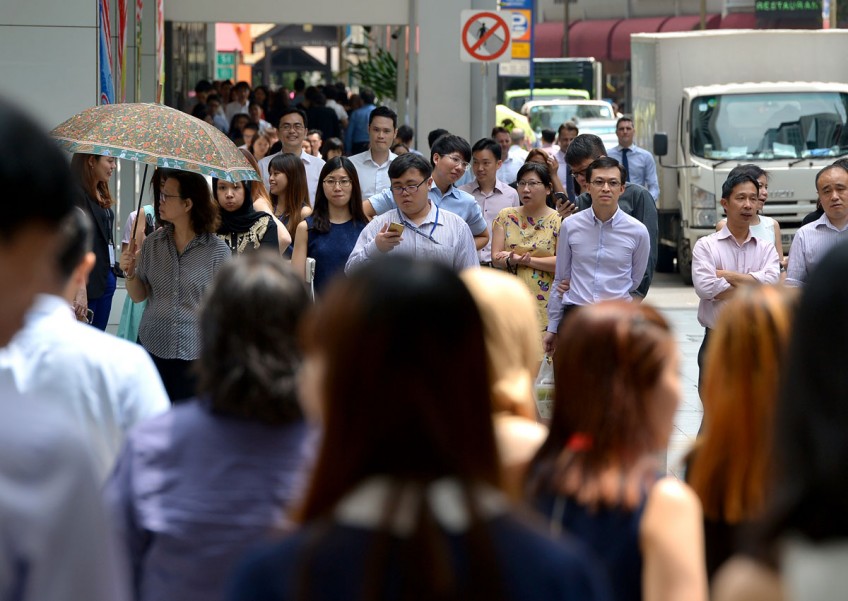 Perhaps the biggest surprise coming out of a 150-page research report covering 10,000 start-ups and 300 partner companies worldwide is that Singapore has overthrown tech centre Silicon Valley as the world's No 1 location for start-up talent.
The Straits Times

Perhaps the biggest surprise coming out of a 150-page research report covering 10,000 start-ups and 300 partner companies worldwide is that Singapore has overthrown tech centre Silicon Valley as the world's No 1 location for start-up talent.

While Singapore's overall ranking in 2017 fell two notches to 12th, this was due to two new Chinese entrants, it said. Singapore's performance numbers are solid and will probably continue to rise, it added.

Mr Alex Lin, head of Infocomm Investments, said the Republic is evolving at a pace like no other ecosystem.

"Within three years, we're a sustainable ecosystem of accelerators and corporate co-innovation, resulting in a six-fold increase of start-ups raising series A (a type of funding); in a year, venture capital money doubled to US$1.7 billion."

Singapore's access to quality talent and its relative cost put it ahead of rivals.

The average software engineer salary here at US$35,000 (S$49,000), for example, is below the US$49,000 global average. High salaries is one reason Silicon Valley lost its top talent ranking.

Also, while Singapore trailed below the average top 20 nation, in ranking 10th in terms of talent quality, it more than made up for it by being the fourth and second best ecosystem for start-ups to access experienced software engineers and growth employees, respectively.

Experience levels of talent here were found to be comparatively strong, with 80 per cent of engineering and 74 per cent of growth teams boasting at least two years of prior start-up experience compared with the global averages of 72 per cent and 60 per cent, respectively.

Start-up founders based here were the world's youngest, with a median age of 28. Singapore also has the sixth highest percentage of immigrant founders at 35 per cent.

"Singapore is an open society and welcomes entrepreneurs from around the world to create the next big thing here," said Mr James Tan, managing partner at Asian technology venture fund Quest Ventures.

This is Startup Genome's third Global Startup Ecosystem Report. Silicon Valley is still No 1 overall and in most categories, but the report noted the US is losing dominance to Asia and Europe.