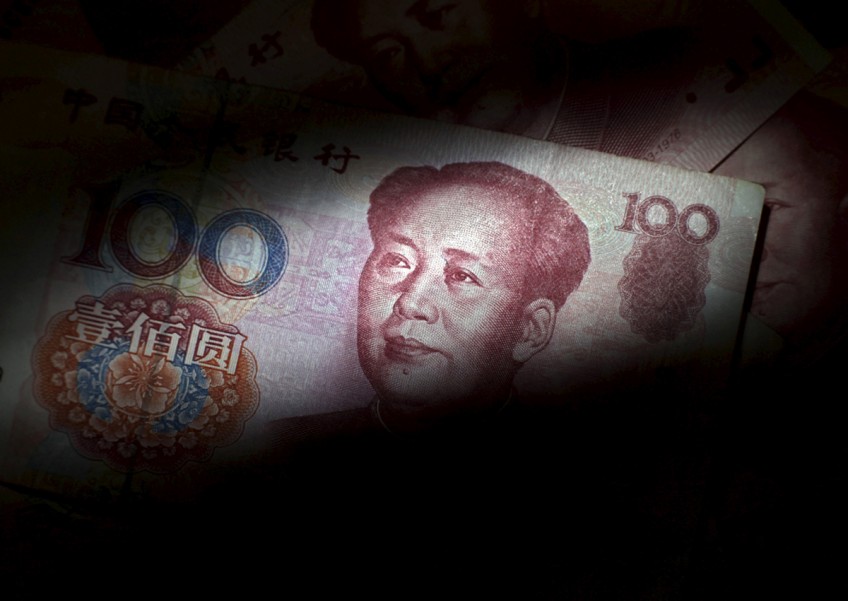 The offshore yuan market faced a rocky patch following Beijing's shock devaluation in August, but the push to internationalise the currency has lost little momentum.

Similarly, Singapore's role in the the growth of the yuan is likely to continue unabated.

The general manager of ICBC Singapore, the only yuan clearing bank here, believes that the Chinese currency will continue growing in importance despite the slight blip.

Mr Zhang Wei Wu cited last week's announcement from the China-Singapore Joint Council for Bilateral Cooperation on the expansion of cross-border yuan channels in Suzhou and Tianjin, calling it a big step forward.

The new rules will allow companies and qualified banks in both cities to borrow from Singapore banks, while companies from those cities can repatriate the full sum of proceeds raised from yuan bonds issued here.

"This will encourage these enterprises to leverage Singapore as a springboard for their eventual overseas expansions, and set up finance and treasury centres here," said Mr Zhang.

"We expect an increase in offshore yuan bond issuance in Singapore by enterprises in Suzhou and Tianjin, while Singapore investors will be able to choose from a wider range of options to deploy their growing yuan capability."

DBS Bank fixed income head Clifford Lee agreed. "Previously, more onerous approvals were required to repatriate offshore yuan bond proceeds back to China. With this move, we are optimistic that more companies from Suzhou and Tianjin will consider issuance via Singapore," he said.

Mr Zhang said the new dynamics will boost cross-border yuan activity between Singapore and China, "to propel Singapore ahead in the global race among offshore yuan centres".

The volume is set to increase even further following the roll-out of the Cross-border Interbank Payment System in Singapore this month, Mr Zhang said, referring to a new electronic system that processes cross-border yuan transactions, such as trade settlements.

Yuan deposits in Singapore rose 27 per cent year on year to 322 billion yuan in the three months to June 30, the latest Monetary Authority of Singapore data shows.

The flurry of positive developments here will provide some relief to market watchers anxious over the impact of the yuan's devaluation in August.

The devaluation had led to punting that pressured offshore yuan liquidity. This was reflected in the surge in three-month offshore yuan interbank rates in Hong Kong (CNH Hibor) to a historic high at 6.626 on Aug 25. The rates have since come down to around 3.50.

"But we believe there is no basis for further yuan devaluation. So, in the long term, the volatility will not have any significant impact on the internationalisation of the yuan. All the related policies will continue, with the yuan quite likely joining SDR as early as this year," he added.

He was referring to the International Monetary Fund's chosen basket of reserve currencies. Joining the elite currencies of the SDR (Special Drawing Rights) is regarded as a key stepping stone for the yuan's drive to be a key global currency.

In any case, the yuan's internationalisation will not be an overnight transformation, Mr Lee cautioned.

"We need to be reminded that the internationalisation of the yuan has to be seen in the longer-term context of China's economic strength and influence, driven primarily by real underlying usage of the yuan for trade and commercial settlement, source of funding and investment, and ultimately as a reserve currency," he said.