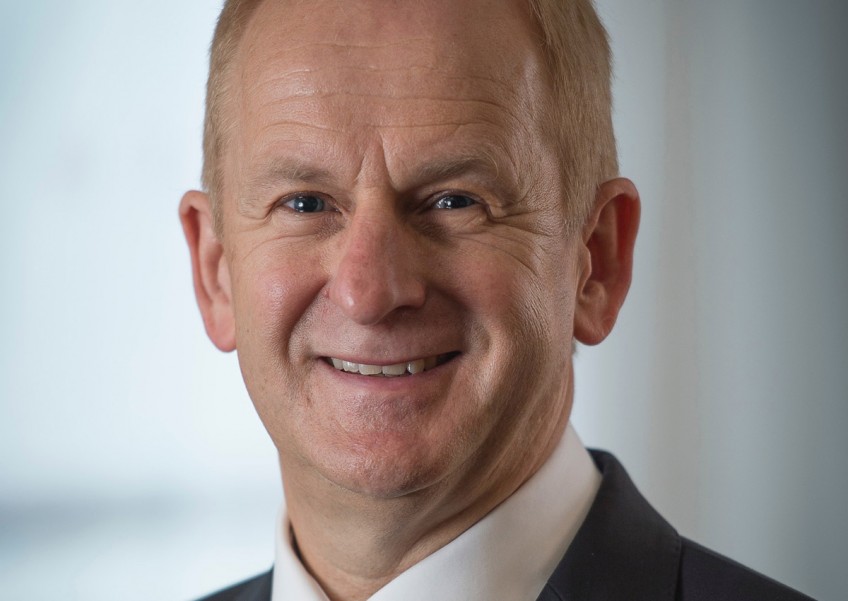 Mr Abbott says government can do a lot more to grow demand for newer forms of energy in the transport sector.
Royal Dutch Shell PLC

Singapore's carbon tax is a good first step towards a carbon-free future, but it is not doing enough to encourage the cars, trucks and ships that ply its streets and seas to be more energy-efficient, a top executive at Royal Dutch Shell told The Business Times yesterday.

In this sense, the energy giant is keen to work with local authorities on making the transport sector cleaner, said Shell's downstream director John Abbott in an interview with BT on the fringes of Shell's Make the Future exhibition in Changi.

One of them is an economy-wide carbon tax to be implemented from 2019.

The other is a new, more stringent Vehicular Emissions Scheme (VES) that will replace the existing Carbon Emissions-based Vehicle Scheme (CEVS) that curbs vehicles' carbon emissions.

The VES starts Jan 1 next year.

"Is it the right step to put a price on carbon? Absolutely, it's the right thing to do," said Mr Abbott.

"Is it sufficient? I think, in the transportation sector, in addition to a carbon price, you probably need fiscal incentives, or the government to invest in infrastructure to shift the energy mix in transportation."

He added that Shell is "very happy to work with Singapore government to de-carbonise" the transport sector.

Mr Abbott's comments come as downstream operations - or those that cover alternative energies, manufacturing, retail, chemicals, to name a few - become the biggest profit-making base for Shell.

Unaudited results of its financial performance in 2016 show that downstream operations took in US$7.2 billion (S$10.11 billion) in profits, some 25.7 per cent lower than in 2015.

Losses from upstream operations widened by 19.9 per cent to US$2.7 billion. Integrated gas operations raked in 26.8 per cent less in profits to US$3.7 billion.

Shell is the largest dividend player on London's FTSE.

Mr Abbott foresees that the future for Shell will depend on a mix of energy sources - including the more traditional ones like petrol, together with new ones that include biofuels, liquefied natural gas (LNG), hydrogen, and sources from batteries.

This can help cope with the increased demand for energy as the world's population grows, while lessening the stress on the environment.

"So Shell's view is that we have to deliver more energy, but with less CO2 (carbon dioxide)," said Mr Abbott, who thinks the Singapore government - and public perception - can do a lot more in growing the demand for newer forms of energy in the transport sector.

Globally, the sector accounts for more than a quarter of the world's energy use, and a fifth of carbon emissions.

Should Singapore succeed in adopting a wider mix of energy for its transportation needs, it will likely become a leader in this field, said Mr Abbott.

"How Singapore develops in the next 10, 20 years is important not only for Singapore, but also to see how these urban societies develop."

As Shell explores and grows new markets in these cleaner forms of energy, Mr Abbott said the company has to become a world-class "investment case" - profitability is a concern - prompting collaborations with stakeholders elsewhere to figure out what the market needs.

In Germany, it is working with the government and other companies to accelerate the introduction of hydrogen-fuelled electric vehicles.

This year, it is also installing chargers for electric cars at its stations in the United Kingdom and the Netherlands.

Industrial gases group Linde, which works with factories and medical centres in Singapore, is also looking to develop the hydrogen fuel space here.

But to do so, its chief operating officer for Asia- Pacific, Sanjiv Lamba, said that support from the government and partnerships with other stakeholders is necessary.

"This will enable a better development of the necessary infrastructure to make hydrogen mobility a sustainable part of the renewable transportation energy mix."

This article was first published on March 17, 2017.
Get The Business Times for more stories.