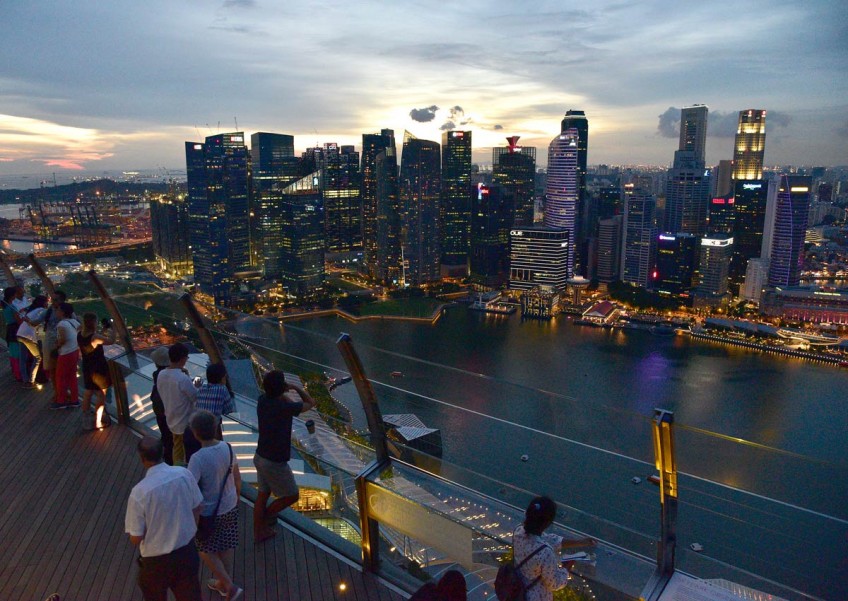 Globally, Singapore is No. 25 on Mercer's 2017 Quality of Living survey of 231 cities. Vienna is at No. 1 for the eighth year in a row.
The Straits Times

Singapore has topped a ranking of more than 200 cities around the world in terms of offering the best infrastructure.

This was the first time that city infrastructure has been rated separately in consulting firm Mercer's annual ranking. Frankfurt and Munich were both placed second.

City infrastructure is an important factor when multinational corporations decide where to establish operations abroad and where to send expatriate workers.

Easy access to transportation, reliable electricity, and drinkable water are all key considerations when determining hardship allowances based on differences between a given worker's home and host locations, Mercer said.

The firm's 2017 Quality of Living survey of 231 cities helps companies and organisations determine compensation and hardship allowances for international staff. It uses dozens of criteria such as political stability, healthcare, education, crime, recreation and transport.

In terms of the overall quality-of-living survey, Vienna in Austria came in tops for the eighth year in a row, while Baghdad in Iraq was again considered the worst.

Globally, Singapore was ranked No. 25 and was the top-rated among Asian cities. Hong Kong was ranked at No. 71.

The big financial centres such as London, Paris, Tokyo and New York City did not feature high on the list while the top performers came mainly from the major German, Scandinavian, Canadian, New Zealand and Australian cities.

The United States' highest entry was San Francisco at No. 29 while London, Britain's highest-ranked city, came in at No. 40.

Even with the prevailing political and economic turbulence, Western European cities continue to enjoy some of the highest quality of living worldwide. Mercer said they remained attractive destinations for expanding business operations and sending expatriates on assignment.

Rents and public transport costs in the city - whose architecture is marked by its past as the centre of the Habsburg empire - are cheap compared with other Western capitals, noted Reuters.

Six years into Syria's bloody war, Damascus was ranked seventh from the bottom of the list, with Bangui in the Central African Republic, Yemeni capital Sanaa, Haiti's Port-au-Prince, Sudan's Khartoum and Chad's N'Djamena filling out the end of the list ahead of Baghdad, said Reuters.