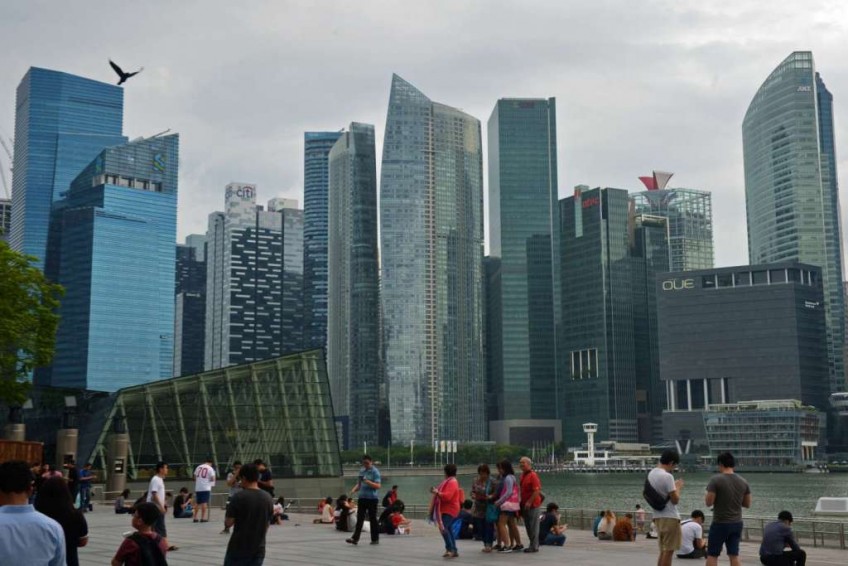 People along the Marina Bay Waterfront Promenade with the skyline of Singapore Central Business District (CBD) in the background.
The Straits Times

The poll's median showed an increase of 0.7 per cent, compared with 0.6 per cent in January.

Also according to the poll, the Monetary Authority of Singapore's (MAS) core inflation measure likely increased 1.2 per cent from a year earlier in February, compared to 1.5 per cent the previous month.

This comes after Singapore's headline CPI in January grew at the fastest pace in two years due to increases in the prices of oil-related items and higher services inflation.

The central bank's core inflation measure excludes changes in the prices of cars and accommodation, which are influenced more by government policies.

Singapore's economy grew stronger than expected in the fourth quarter of last year, and export numbers are strongest in five years thanks to a sharp rebound in manufacturing in the electronics sector.

"The economic outlook has turned for the better... a turnaround, albeit still uneven, is in the making", DBS said in a research note.

Most analysts now expect Singapore's central bank to keep the monetary policy unchanged at its next policy review next month.