Steve Santacruz, founder and CEO of Empire Ink, has announced the expansion of the top-rated Miami tattoo and piercing parlor, dedicated to helping clients transform their memories and personal narratives into lifelong, quality body art. 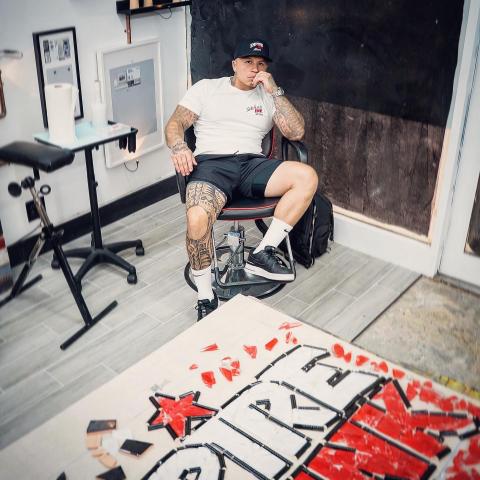 The new Bayside location will offer a wide range of artistic styles, such as realistic, tribal, portraits, watercolor, and Japanese. As one of the best-known entrepreneurs in South Florida’s tattoo industry, Santacruz is well-positioned to take the chain to the national level.

More details can be found at https://empireink.com

Empire Ink’s expanded offerings are evidence of one of Santacruz’s greatest strengths – his ability to personally connect with the visions of his clients. He understands getting a tattoo is a commitment, and he treats each client’s skin as if it were his own. As Empire Ink’s CEO, Steve brings this dedication and understanding to the studio every day, making the brand the top-rated tattoo parlor in Miami.

Since establishing Empire Ink, Steve has continued developing several different projects, but tattooing remains one of his greatest passions. This is clearly evident in Empire Ink’s growth between its founding in 2009, its expansion to multiple locations in South Florida, and its rebranding in 2017. By that time, the brand had become internationally recognized, receiving a 5-star rating from Google and Yelp.

Santacruz has tattooed over 11,000 clients during Empire Ink’s development from a local parlor into a well-respected brand. Recently, Steve has decided to focus his attention less on tattooing and more on the expansion of the brand. He now channels the same passion he initially brought to tattooing into growing his leadership skills to make Empire Ink a nationwide chain of parlors.

Santacruz founded Empire Ink in 2009 with the mission of connecting with clients to transform their stories into exquisite, hand-crafted artwork. His highly rated staff has 10 years of professional experience, including proven safety training. Empire Ink’s studios are conveniently located near South Florida’s major destinations – Miami Beach, downtown Miami, and Bayside.

A satisfied client has said: “Words cannot express the kindness, creativity, and quality of Steve’s art. He has vast experience, and it’s definitely reflected in his work. His staff is very polite and patient, and they help create an unforgettable experience. It was definitely worth the five-hour drive to have this done.”

Additional information is available at https://www.instagram.com/stevesantacruz