STI up on Genting, Singtel gains 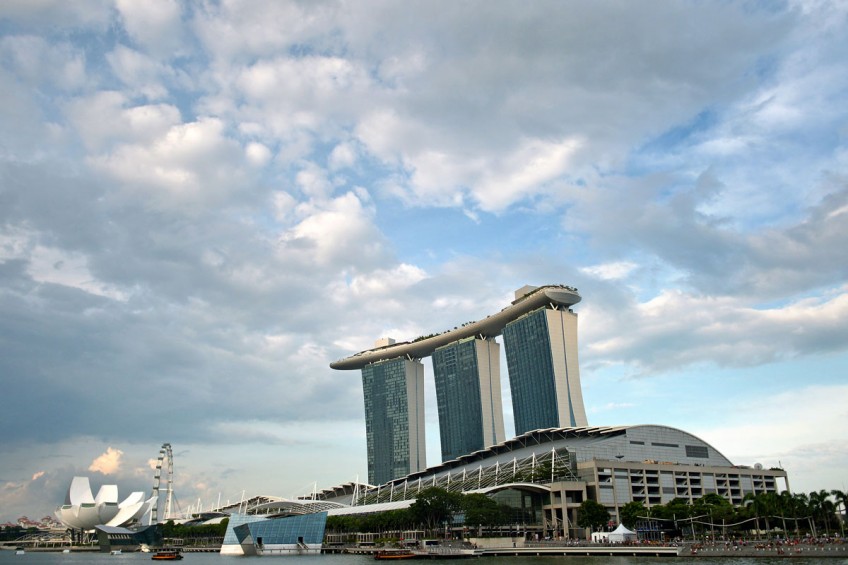 A STRONG showing by index heavyweights such as Genting Singapore and Singtel, and a recovery in Chinese equities helped keep Singapore shares in positive territory.

"Even so, we take the opportunity to revise our estimates to reflect lower VIP volume post-2016 due to (fewer) Chinese VIPs," analyst Yin Shao Yang said.

Across the region, a bout of strong buying in small cap stocks helped lift Shanghai by 1.45 per cent and Shenzhen by 3.71 per cent.

A key focus of the market will be on the average growth rate that the government sets for the next five years. Analysts expect the target rate to be lowered from the current 7 per cent level.

At home, penny counters remain the most actively traded, with Asia-Pacific Strategic Investments plunging 53 per cent or 1.7 cents to 1.5 cents with 81.7 million shares traded, as it went ex-rights. The firm is giving shareholders the option to buy two rights shares for every one share held and one warrant for every one rights share taken.

The real estate vehicle of billionaire Peter Lim will announce its third-quarter earnings ended Sept 30 after trading hours on Nov 4.

Shares of Informatics Education skyrocketed 41 per cent or 1.6 cents to 5.5 cents, with 66.8 million shares traded.

The Singapore Exchange gained 0.5 per cent or four cents to $7.55 after it posted better-than-expected first quarter results.

OCBC Investment Research, which upgraded its call to buy, said it "expects SGX's derivatives business to continue to spearhead growth and we are projecting a 25.5 per cent increase in derivatives revenue in full year 2016".