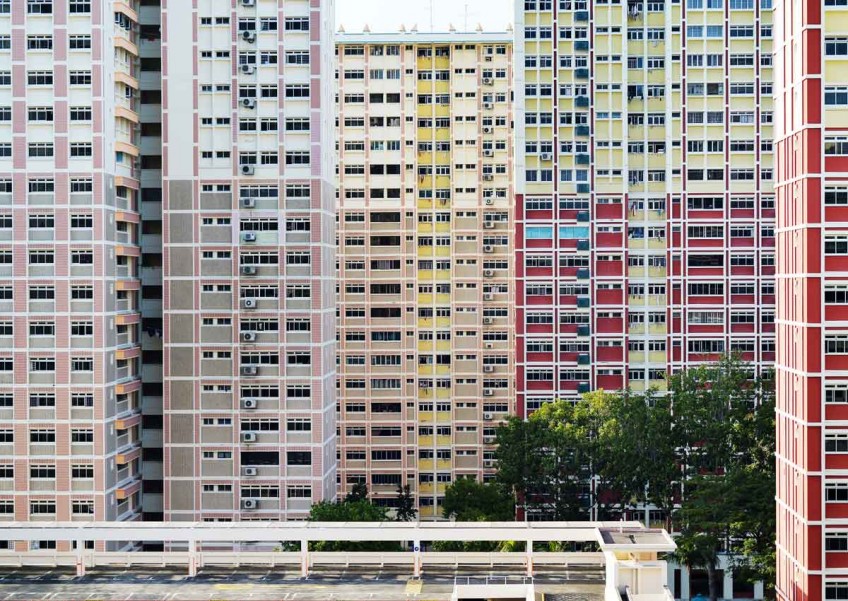 MEDIOCRE location notwithstanding, a private housing site in Tampines Avenue 10 is expected to draw strong interest with as many as 15 bids - thanks to developers' ravenous appetite for land.

Moreover, the improving sentiment in the residential property market as reflected in good sales results during recent launches and not forgetting the recent easing of the seller's stamp duty (SSD) should lift the confidence of bidders when they bid for the 2.2-hectare site at a state tender closing on April 25.

The 99-year leasehold site (Parcel C), which is on the confirmed list of the first-half 2017 Government Land Sales (GLS) Programme, may potentially yield about 715 units, the Urban Redevelopment Authority (URA) said on Tuesday when it launched the tender for the site.

Based on BT's poll of property consultants, the top bid is expected to come in the S$480-$530 per square foot per plot ratio (psf ppr) range.

The successful bidder is required to use the productivity-enhancing Prefabricated Prefinished Volumetric Construction (PPVC) method.

It will also have to provide a childcare centre with a minimum gross floor area (GFA) of 500 square metres (about 5,381 sq ft); this will be part of the 60,810 sq m (654,553 sq ft) maximum GFA allowed for the development. The childcare centre is estimated to accommodate 100 children (including infants).

JLL national director Ong Teck Hui noted that the last tender in the vicinity was that of the parcel that is now being developed into The Alps Residences. It drew 12 bids at a tender that closed in April 2015, with the winning bid of S$483 psf ppr from MCC Land.

Mr Ong expects the latest site to attract 10 to 15 bidders, with the highest offer projected to be in the S$480-$530 psf ppr range.

MCC also clinched the next door plot, where it is developing The Santorini condo, for S$562 psf ppr in a tender that closed around mid-July 2013.

OrangeTee's head of research and consultancy, Wong Xian Yang, said that The Santorini and The Alps Residences have seen a median price of S$1,092 psf and S$1,067 psf respectively.

Both projects are already more than 60 per cent sold; Mr Wong estimates that the current unsold inventory of about 430-450 units from these two developments should be mostly depleted by the time the project on the latest site is launched.

Savills Singapore research head Alan Cheong mused that whereas in the past, developers used to be advised against bidding too aggressively for a site in an area where a fair number of units in new projects have already been sold since this would suggest that demand in the locale had already been soaked up, the advice these days is: "Demand will beat a path to the developer's door - so long as the sales price is reasonable and the product-mix in tune with market needs."

This follows the initial launch successes of The Alps Residences in Tampines Street 86, which was launched last October, and Grandeur Park Residences next to Tanah Merah MRT Station, which was rolled out earlier this month.

Moreover, the volume of traffic is likely to increase as the neighbourhood becomes more developed.

"Nonetheless. this site enjoys easy access to the Kallang Paya Lebar Expressway, the Pan Island Expressway and the Central Expressway, and given that Tampines is a mature estate, it will attract buyers who want to live near their parents in the area."

This article was first published on Mar 15, 2017.
Get The Business Times for more stories.