The Standard Profil Group Extends Its Operations in China

JINGZHOU, China, March 22, 2019 /PRNewswire/ --The Standard Profil Group, operating in China for eight years, has now extended its operations with an investment of EUR 6 million in a new plant located in the city of Jingzhou. The plant will manufacture 2 million sealing profiles for automotive giants every year. 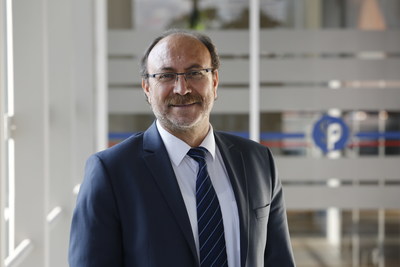 The Standard Profil Group manufactures sealing profiles for global automotive brands in seven countries on 12 production plants. The company, operating in China since 2011, recently invested in the city of Jingzhou for its new plant with an investment of EUR 6 million. The Standard Profil Jingzhou Plant was commissioned with a ceremony attended by Guangzhong He, Secretary of Municipal Party Committee, Zhiqing Zhong, Municipal Executive Deputy Mayor, Sabri Tunç Angılı, Consul General of Turkey, Sezgin Taşkın, Beijing Commercial Counsellor of Turkey and Turhan Semizer, the Standard Profil Group CEO. The plant will function as the lead plant for operations in China.

The plant, occupying 66,000 square meters in a strategic area will manufacture 2 million sealing systems annually for Geely, Volvo, Audi, SGM, Renault, Saleen and other automotive giants. The Group will be employing 300 employees till the end of 2019.

At the opening ceremony of The Standard Profil Jingzhou Plant, CEO Turhan Semizer said: "We are proud of our new investment in a strategic region of China. Starting off as a local provider 42 years ago, we are now a global brand; number three in Europe and number six in the world. China is a key market for us and with this EUR 6 million investment in Jingzhou we will be closer to our customers. Considering our booked business with the customers, we expect to reach 600 colleagues in the following two years. By focusing on continuous improvement and high quality, we will have a stronger position in the Chinese market and Asia-Pacific region thanks to the new Jingzhou Plant."