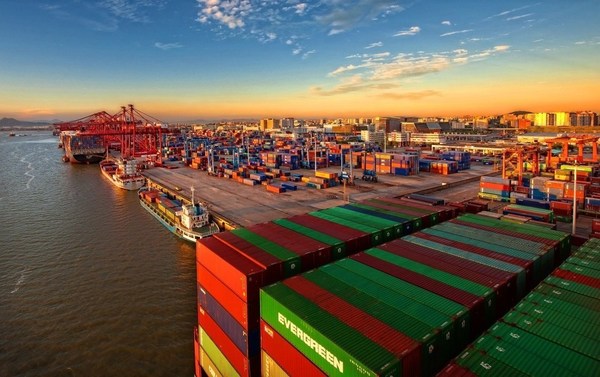 The container throughput of Xiamen Port in East China's Fujian province was 11.41 million twenty-foot equivalent units in 2020, up 2.54 percent year-on-year. Since last June, the monthly container throughput of the port has exceeded 1 million TEUs seven months in a row, a historical record, according to statistics from the city's port administration.

As a key port city of the 21st Century Maritime Silk Road and the Silk Road Economic Belt, Xiamen aims to develop a world-class port with an annual container throughput of 14 million TEUs by 2025 and become a special economic zone with a free trade port by 2035.

One of the world’s largest container vessels, MSC Isabella, berths at Xiamen Port on March 17, 2020. [Photo provided to China Daily]

As the 14th largest port in the world, Xiamen Port offers 146 container shipping routes, including more than 100 foreign trade routes to 138 ports in 44 countries.

The port also cooperated with Israel-based ZIM Integrated Shipping to introduce the first "e-commerce express" cargo route in September 2020, with five vessels in service. The ships stop in Xiamen every week and head directly to the Port of Los Angeles in the United States, which takes 15 days, making it a highly-effective and low-cost logistical route.

"The business environment at Xiamen Port is among the best in China. Its high-quality services are capable of ensuring the stable operation of the e-commerce route, which creates a highly-efficient link between vendors and buyers in Fujian and across the world," said Li Xiaobing, president of the South China branch of ZIM at an e-commerce meeting on Jan 5. 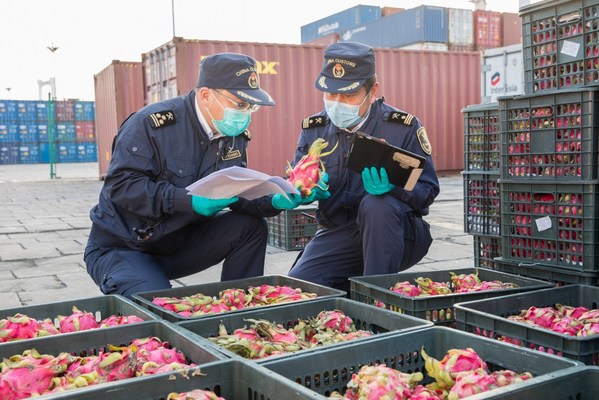 Meanwhile, the sea-railway combined transportation service is also performing well. Last August, the Philippines followed South Korea, Vietnam, and China's Taiwan region to become the fourth place to have its cargo delivered to Xiamen by sea and transported to Europe by rail.

Officials of Xiamen Customs said that the China-Europe freight service in Xiamen has become a vital logistics channel for ensuring Sino-European trade exchange and cooperation amid the COVID-19 pandemic.

Since the beginning of 2020, the trains have carried masks, protective clothing, medical equipment, shoes, hats, clothing, and other urgently needed supplies to countries and regions involved in the Belt and Road Initiative.

By September 2020, there were 35 international air lines from Xiamen, including 21 to countries and regions involved in the Belt and Road Initiative. They form a network covering Asia, Europe, North America, and Australia.

The new international airport is currently under construction in Xiang'an district. The first phase is expected to be completed before 2023. It will become one of the largest terminals in China, capable of handling more than 45 million passengers annually.