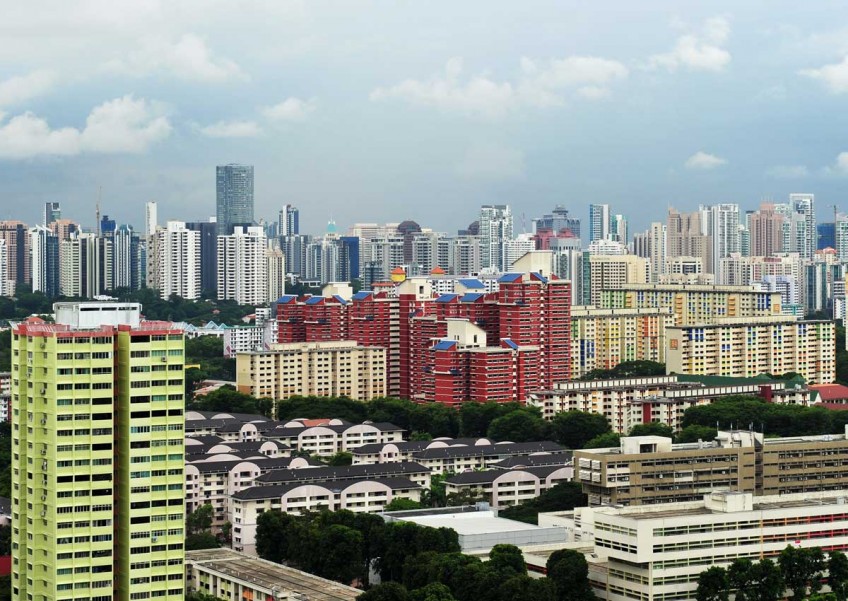 With Singapore's economy still weak, and property cooling measures still largely in place, potential investors are rightly apprehensive about prospects for real estate. On March 10, 2017, the government made a surprise announcement that the seller's stamp duty (SSD) and total debt servicing ratio (TDSR) measures will be relaxed beginning March 11, 2017.

However, the same announcement also imposed what is known as the additional conveyance duty (ACD) - a de facto ABSD (additional buyer's stamp duty) - on the purchase of shares in property-owning special purpose vehicles. The government's stance on the measures remains largely unchanged and these tweaks are merely "calibrated adjustments", widely believed to have minimum impact on the market.

Taking a medium term view, Urban Redevelopment Authority's (URA) All Residential Property Price Index (PPI) has fallen 11.3 per cent since its peak in the third quarter of 2013. Ultra-low interest rates, coupled with several rounds of quantitative easing across major markets such as USA, Japan and the EU, had driven property prices skyward since the global financial crisis ended in 2009.

It was only when the Monetary Authority of Singapore introduced the by now "infamous" TSDR rule in June 2013 that property prices started to fall. Until March 10, 2017, it was believed that the government considered any relaxation to the cooling measures as premature.

The widely anticipated interest rate hikes will help to normalise the rate environment but the pace for this could be slowed by the weak global economic environment. Yet, to put things in perspective, the 11.3 per cent decline seen in private home prices is only a fraction of the bull run witnessed prior to that when the index surged 62.2 per cent from the trough in Q2 2009 to its recent peak in Q3 2013.

Singapore assets have always been perceived to provide safe returns, on the back of macroeconomic stability, solid fundamentals and a strong currency. Knight Frank's Global Prime Residential Property Indices point to a strong international value proposition for Singapore residential property, especially since other international cities such as Sydney, London and Hong Kong have also introduced or raised property-related taxes that neutralise the disadvantage of Singapore's ABSD, particularly for foreigners.

From a macroeconomic perspective, the various cooling measures - even with the latest re-calibration - now offer a set of policy tools that enables the government to steer property prices in much the direction it wants.

The Committee for the Future Economy's report suggests that the government's macroeconomic emphasis in the foreseeable future now rests on jobs, productivity, innovation and entrepreneurship. From this perspective, the money spent on buying "safe" property may be more productively deployed into "risky" innovation and enterprise.

If that perspective is correct, there could be a gradual mood change as more and more - particularly younger - people no longer view property as a pathway to wealth accumulation, compared to the allure of minting the next Alibaba or Facebook. It follows that the magnitude of capital appreciation for real estate assets is unlikely to be as great as before. With the forecast of three hikes in the US federal funds rate in 2017, as well as the European Central Bank's plan to taper quantitative easing from April 2017, liquidity will be further reduced.

Singapore's economy is projected to grow at only one per cent to 3 per cent in 2017 and the annual average overall unemployment rate in Singapore rose to 2.1 per cent in 2016 from 1.9 per cent in 2015. These factors will curtail property buying interest.

All these considered, it may therefore make more sense to view real estate investment from a yield rather than a capital gains perspective.

Notwithstanding the fact that the rental market, as widely known, is still disquieted by the painful combination of rising completions and negative expatriate population growth, potential investors should still be more concerned with rentability and rent levels rather than place their hopes on uncertain capital gains. One fruitful approach is to consider buying residential property in integrated transit-linked developments - defined as developments with commercial components and direct access to MRT.

Truly integrated transit-linked projects are rare, and one can think of only a few examples - Marina One, DUO and Paya Lebar Quarter. Each of these has elements that mutually support one another, such as retail to support occupiers and office users, and office users to provide tenants for the homes.

A study of residential rental data in mixed-use developments (to be used as proxies for integrated developments, since most of them are uncompleted and thus lack rental data) and their respective comparables in pure residential developments over the past five years (2012 to 2016) reveals that the former commands a small but consistent rental premium (Chart 1). This is likely due to the value placed by tenants on the convenience offered by the adjacent amenities of these mixed-use developments, as well as the discounted value of savings in travel time and not owning a car from being close to the MRT.

In addition to these characteristics, one should assess other qualitative factors that could affect the rental and rentability of developments. These include the quality of construction and finishing, standards of maintenance of the common areas, and the developer's track record.

If the earlier hypothesis of slower capital gains in the coming years is believed, does property as an investment still make sense? Undoubtedly so. Property is an asset class that constitutes part of a larger portfolio of both liquid and illiquid investments. Widely accepted investment theory posits that there is an optimal allocation across asset classes that maximises return for a given level of risk.

Going forward, real estate capital appreciation is likely to mirror the growth trajectory of GDP and household income. Against this backdrop, investors would need to adopt a disciplined approach, apply yield-based valuation methods to price their entry points into any deal and leverage wisely.

Knight Frank's 2017 Wealth Report revealed from a survey carried out late last year that private bankers and wealth advisers voted for wealth preservation as the most important factor to their clients when it comes to the management of their wealth and their investment decisions. Property, by virtue of its longevity, tends to be less volatile. In that sense, property remains close to the hearts of many UHNWIs, particularly wealthy Asians and will always have a place in their portfolios and in their hearts.